After climbing the highest peak in Africa, Mount Kilimanjaro, Nisha Adhikari is returning back to Nepal on October 13, 2015. After climbing the mountain, Nisha went in a 5-days-long jungle safari. In the safari she met the bush men who taught and showed her how they hunt for living. Nisha has shared the photos of her adventure in Tanzania.

Read the report of Nisha’s Kilimanjaro climb in xnepali. 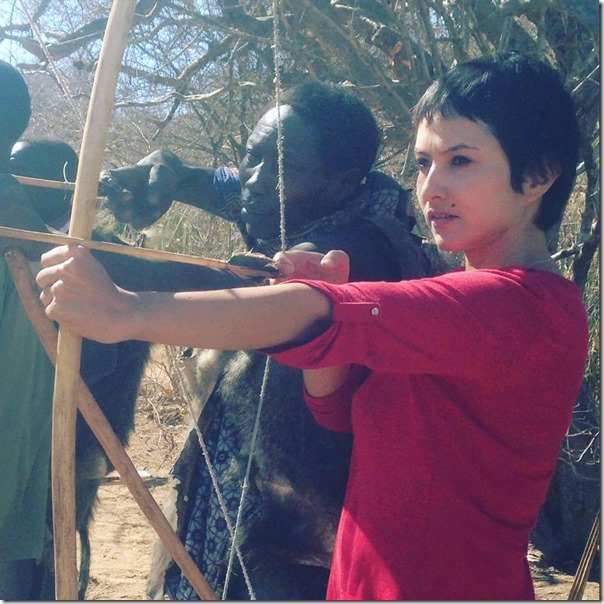 On October 7, the jungle safari of Nisha began. Nisha shared her photo on top of the vehicles she rode in the adventure. She told that the vehicles were equipped with WiFi. 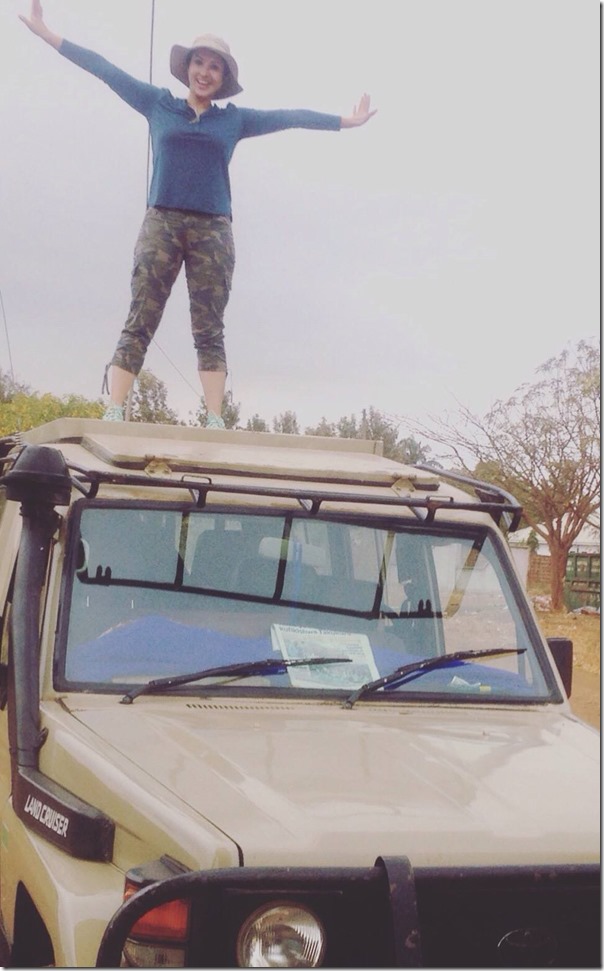 On October 8, Nisha shared photos of herself with three lions on the background. Nisha is wearing a hat and a big smile in the sefile shot. 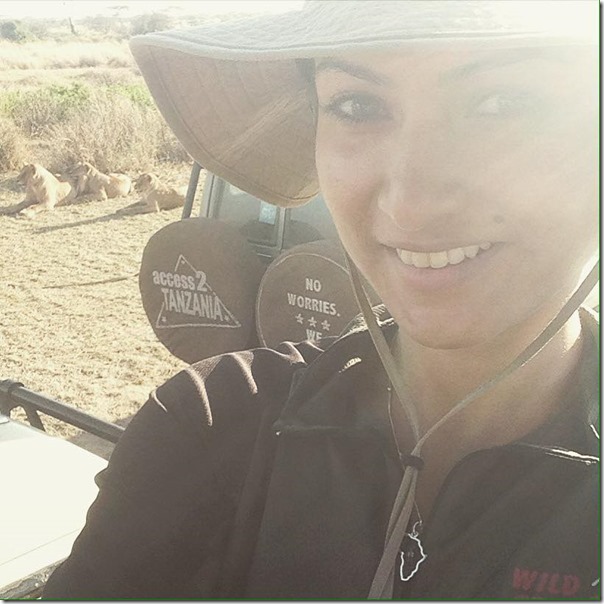 On October 10 Nisha shared a photo of a leopard that crossed their road, gracefully and unafraid. 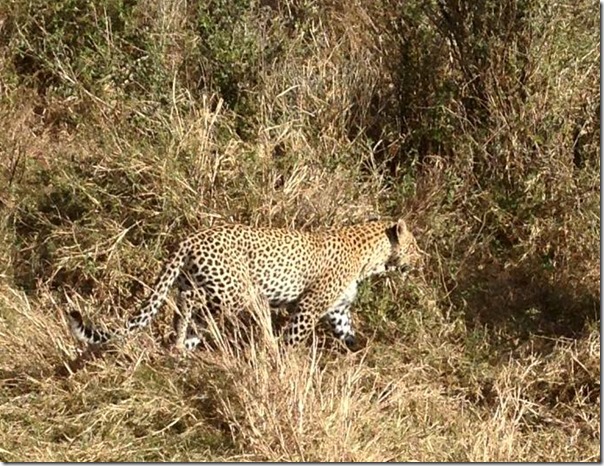 Apparently, hunting and making fire was all they need to know for their survival. Nisha took a photo of herself with a bushman holding the Nepali flag. 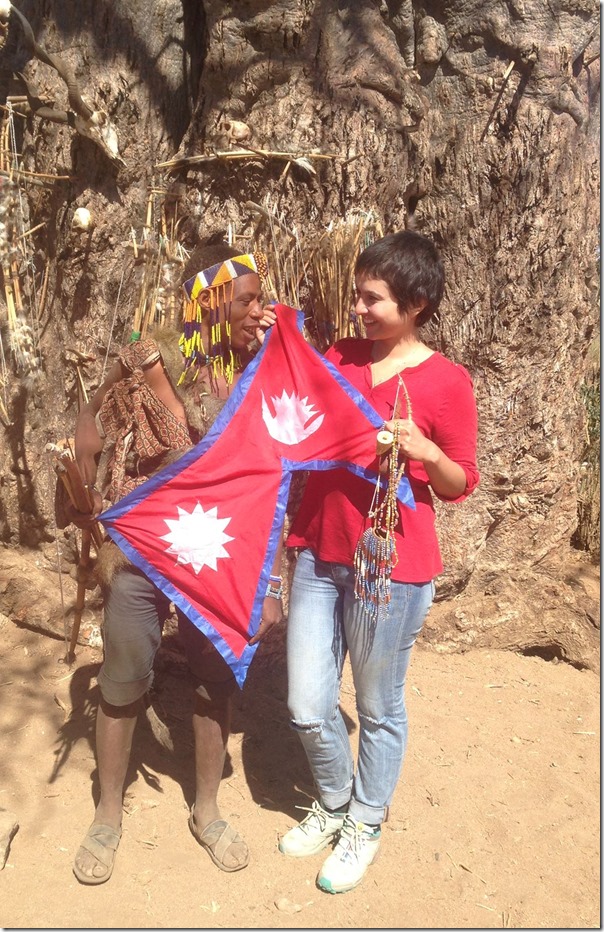