On the occasion of Saraswati Pooja actress Rekha Thapa participated in a program held in Basbadi, Nepalgunj. Rekha is currently in Western Nepal for the preparation of her upcoming movie ‘Rampyari’. 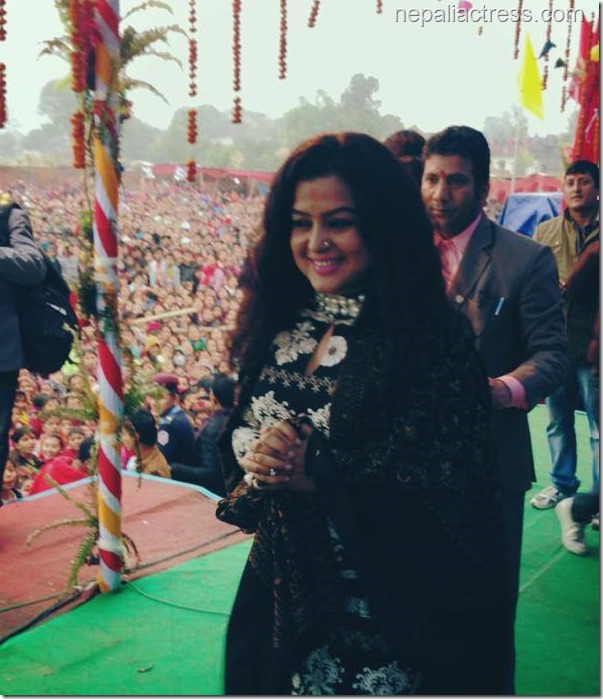 ‘Rampyari’ is an upcoming movie to be produced under Rekha Films banner was supposed to be directed by Rekha Thapa. Rekha later decided to hand over the responsibility to Shabir Shrestha.

The movie to be made on a story of a Tempo driver woman is being made on the script of Jagadishowr Thapa. Rekha will be featured in a double role in the film.

With Rekha, a new leading actor is going to be introduced. In addition to the new actor and Rekha, two rape victim women – Pooja Bohara and Pooja Sharma will also be featured in guest roles in the film (as announced during ‘Tathastu’ promotion). Rekha had also announced to offer the third-place winner of the Nepali Tara 3 reality show, to sing in the film.

Some more photos of Rekha Thapa in Nepalgunj during Saraswati Pooja celebration: 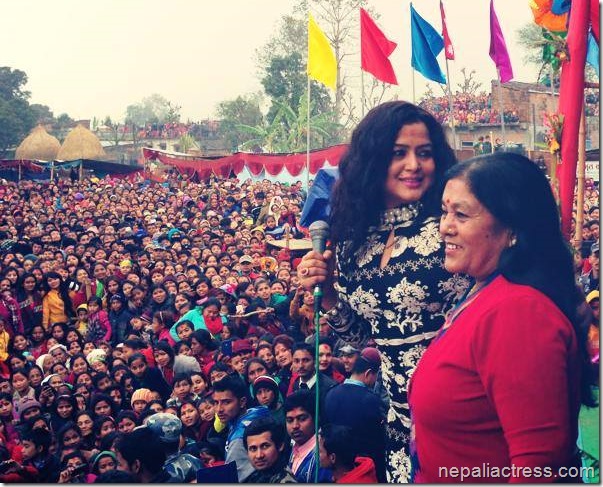 The name of Rekha Thapa’s mother is also Saraswati. 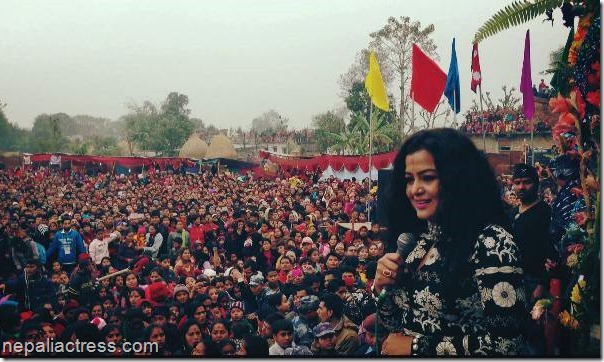 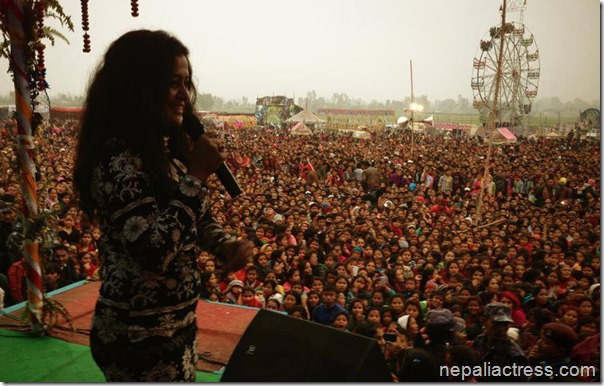 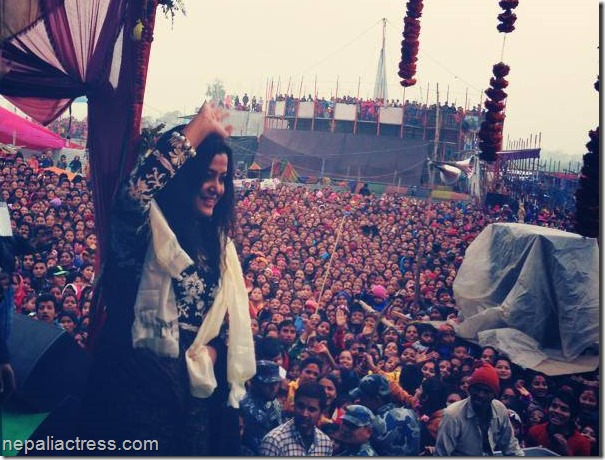 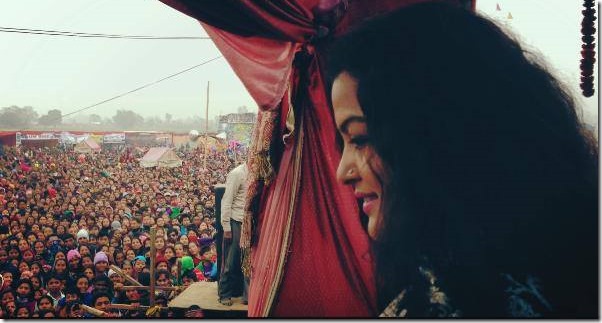 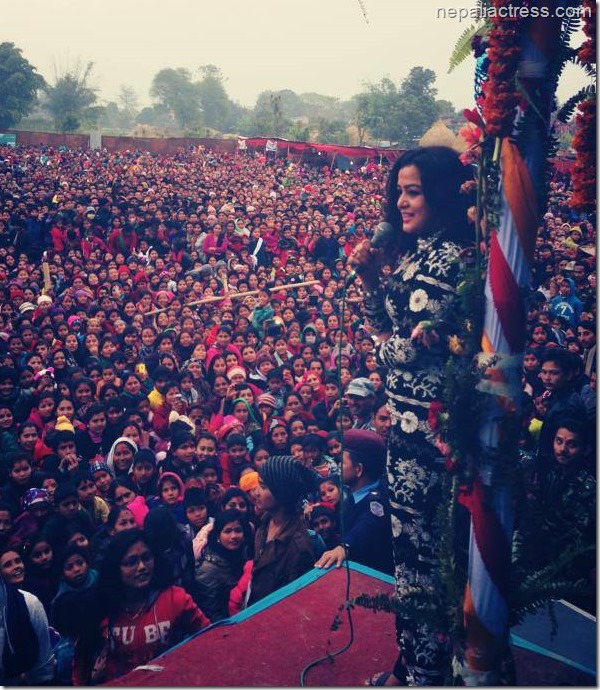