Nepali actress, model and VJ, Simpal Khanal, has shared a photo of her big belly. Although she hasn’t given any details about the due dates and the gender of the baby, she had told that it is the ‘biggest gift’ one can get.

Simpal had married Nadeem Sawar on January 17, 2016. If she had been pregnant right after the marriage, the unborn child should have almost been 8 months old and might be expected in a month.

It was the second marriage of both Simpal Khanal and Nadeem. Nadeem has a son from his previous wife.

Simpal debuted in Nepali movie industry in ‘Majhi Mama’. After the movie, Simpal was absent in anymore Nepali movies until after 9 years in ‘Adhyaa’. She is better known as a music video model, ad model, and TV presenter than an actress. After the failure of the marriage with Prasanna Poudel, Simpal had left the country and lived in foreign countries for a year.

I wish Simpal a safe and healthy motherhood. 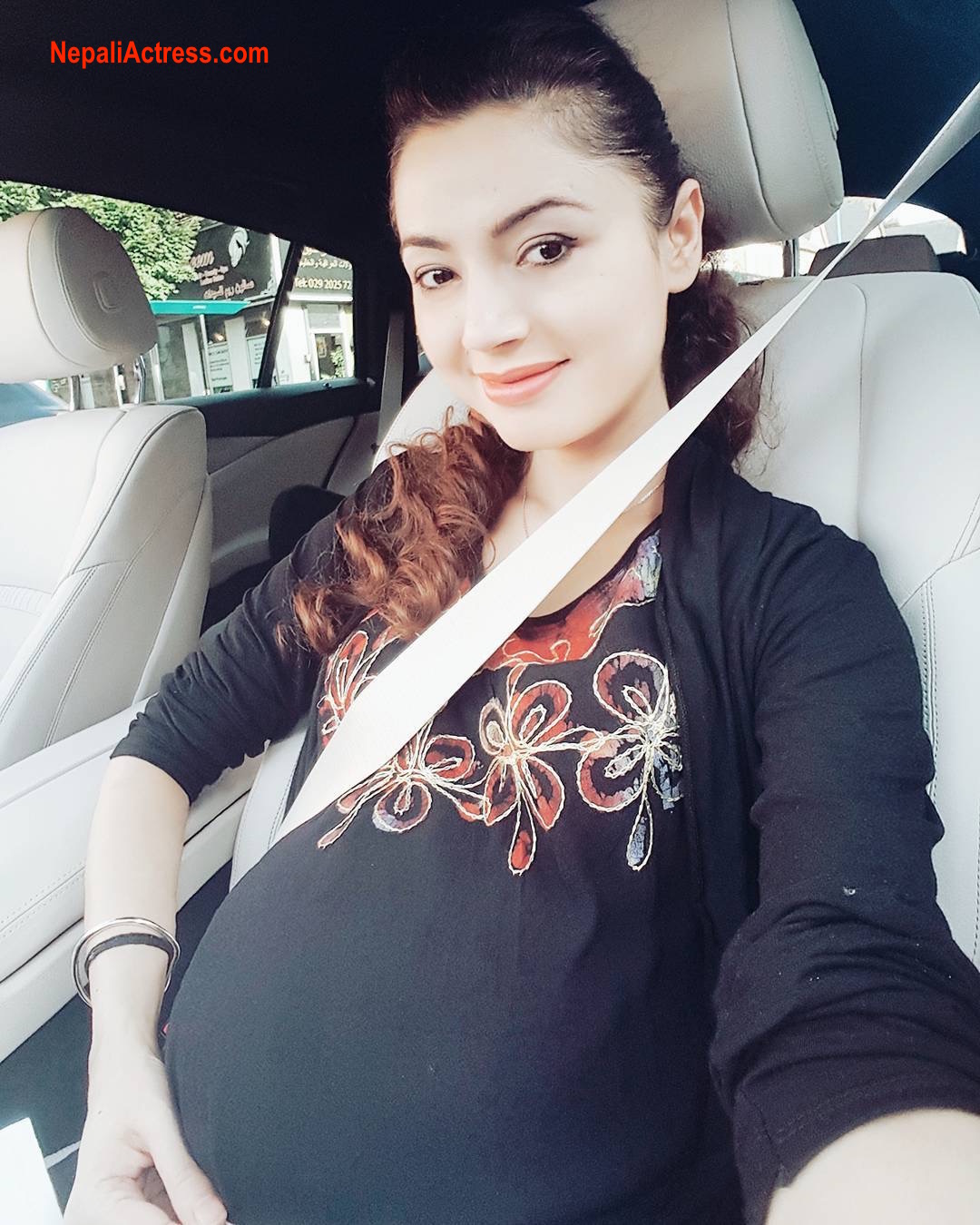