We wrote about the love affair between Malina Joshi and Anoop Bikram Shahi and the affair seem to be getting deeper as the time passes.

On Thursday (March 13) actress and former Miss Nepal Malina Joshi visited a tattoo parlor in Thamel with her boyfriend Anoop Bikram Shahi. Malina shared a tattoo Anoop got on his body with his girl friend’s name. 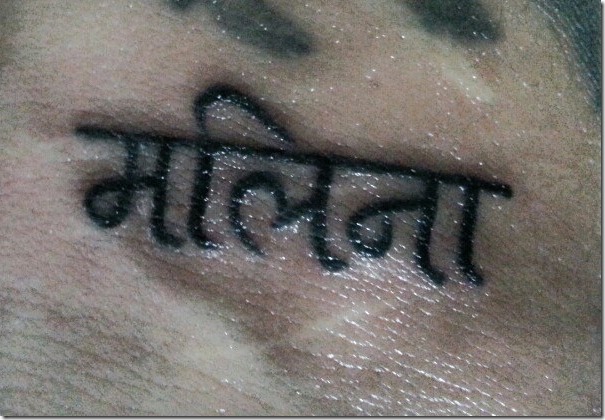 The love between the two seem to be getting stronger and Malina is mulling over getting marriage.

A Facebook status about "everybody is getting married" indicated a marriage in making:

And there is a "Very soon … may be." statement from Malina although, she said it’s not true after 13 minutes (see the screenshot below). 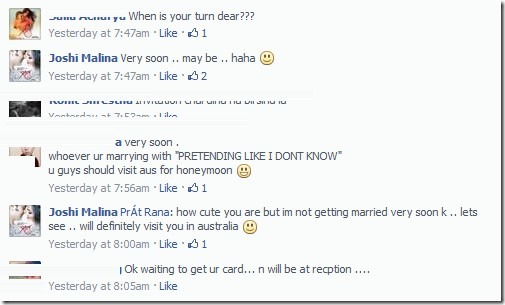 Malina’s debut movie ‘Ritu’ is going on in theater and is gaining popularity on word-of-mouth publicity.

3 thoughts on “Anoop tattooed the name of Malina Joshi on his body, is marriage in making ?”