Actress Pooja Chand has married a musician Raju Lama in the USA. After being engaged and living together for the last three years, Pooja and Raju had formally married on February 22, 2014. 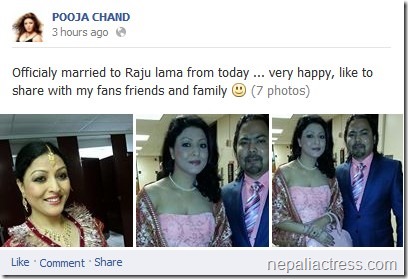 Both Raju and Pooja were previously married and have kids from their previous marriages, who live with them.

Pooja was previously married to Suraj Chand. She and her daughter left Suraj and started living in the USA where she met singer and guitarist of The Angels musical band, Raju Lama. They got engaged in May of 2011 and were planning to get married in a few months. But, after living together in their Baltimore home, they forgot about the marriage until 2014.

Some photos of the marriage ceremony: 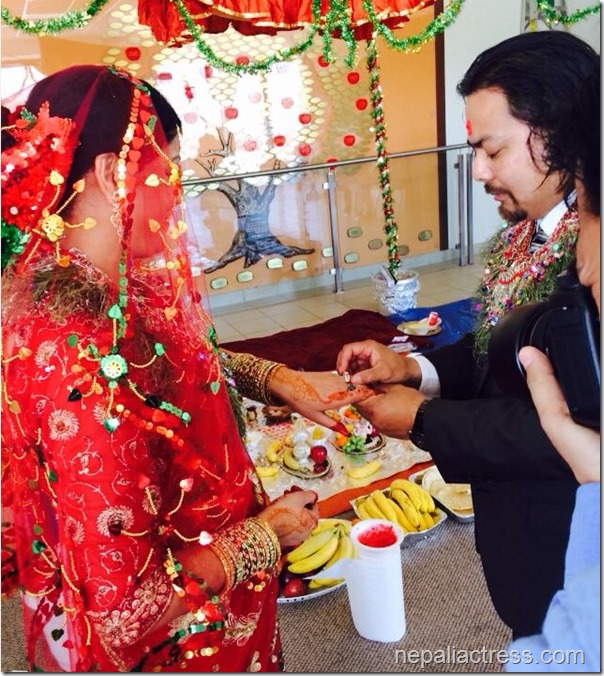 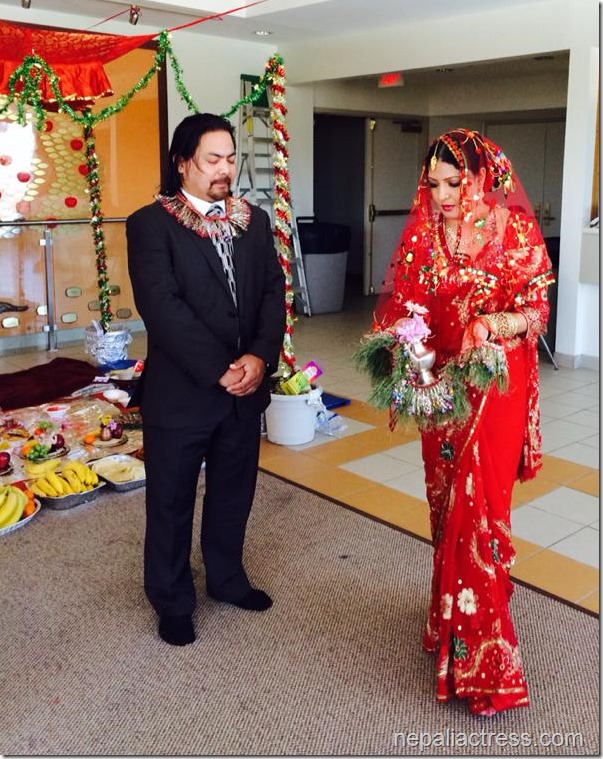 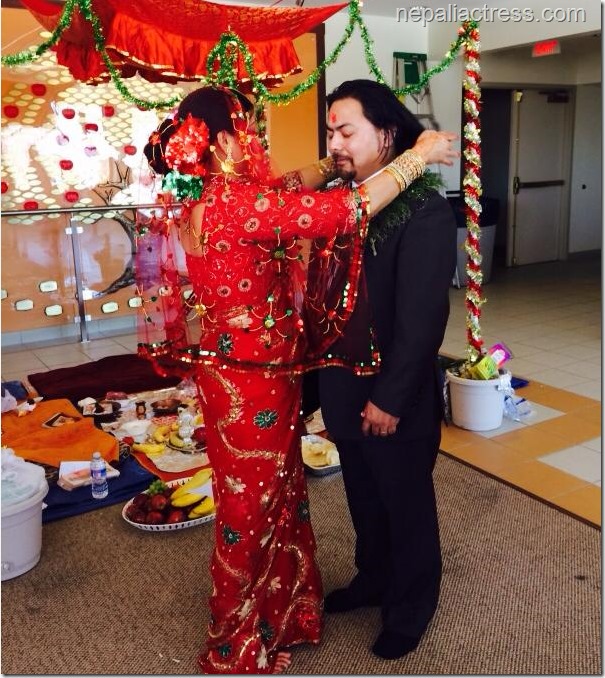 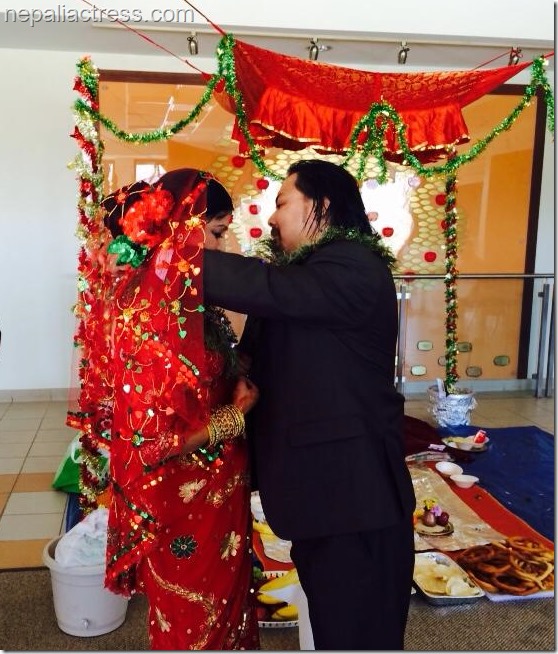 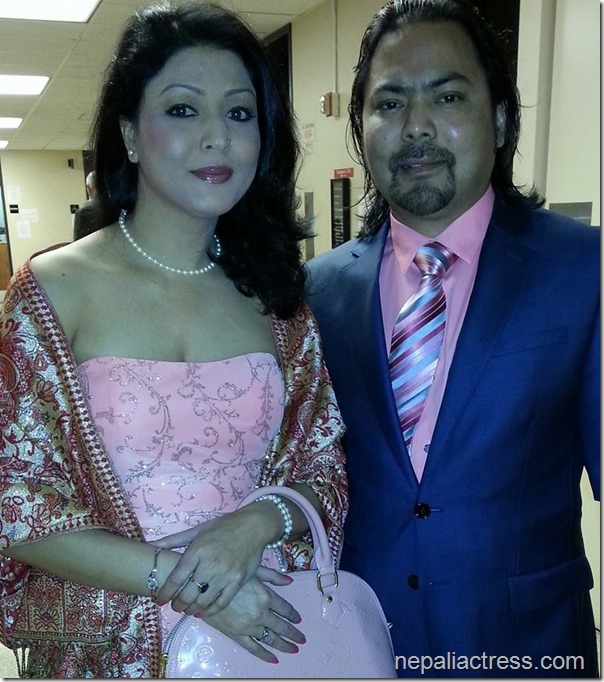 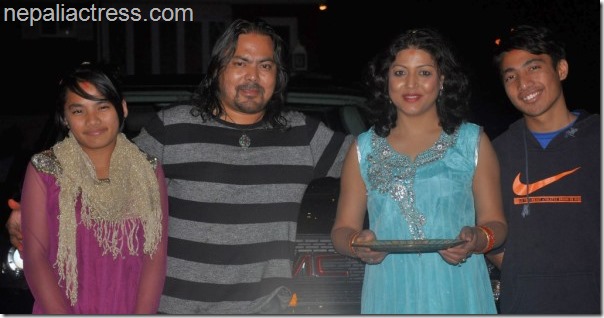 3 thoughts on “Pooja Chand marries Raju Lama in US”