The ex husband of actress Priyanka Karki is getting married for the second time. Priyanka had divorced the resident of New York, USA, Rochak Mainali in 2012 and is living single since then. After 4-5 years of living alone Rochak has found Anshuma Kharel to marry. 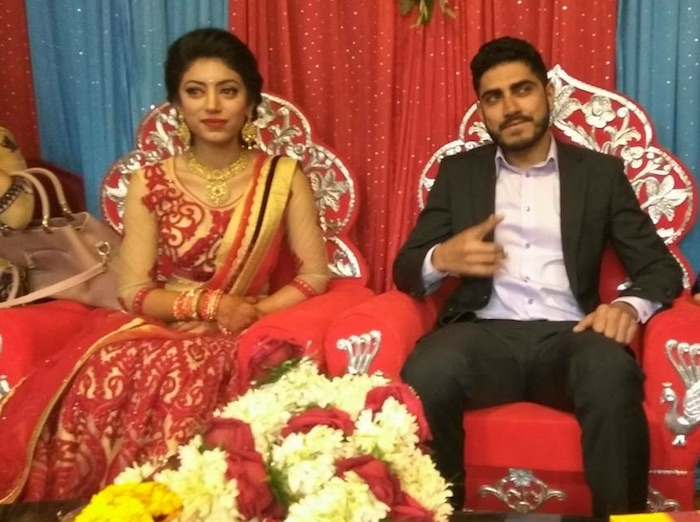 Anshuma Kharel is a resident of Kathmandu, a recent graduate from the Pokhara University.

In her family she has the father (Narayan Kharel) the mother (Sita Kharel) and a brother.

Priyanka and Rochak had married on Shrawan 1 of 2067. At that time Priyanka was studying bachelor in Films and Digital Media Production in the University of North Alabama. Rochak Mainali was studying Computer Engineering in the same university. Rochak and Priyanka fell in love and got married.

The marriage however couldn’t last long and they ultimately divorced.

A previous report about Priyanka fainting in the sets of ‘Radhe’ and the report of Rochak’s marriage: