Through her foundation, Rekha Thapa Foundation, actress Rekha Thapa, has donated Rs. 50,000 to help in the treatment of artist Pradip Singh. Singh is currently being treated in a hospital in Bhaktapur after both of his kidneys  failed. The actress Thapa currently in the USA, has sent the money through the director and secretary of the Foundation Shabir Shrestha and actor of her upcoming movie ‘Rampyari’, Aavash Adhikari. 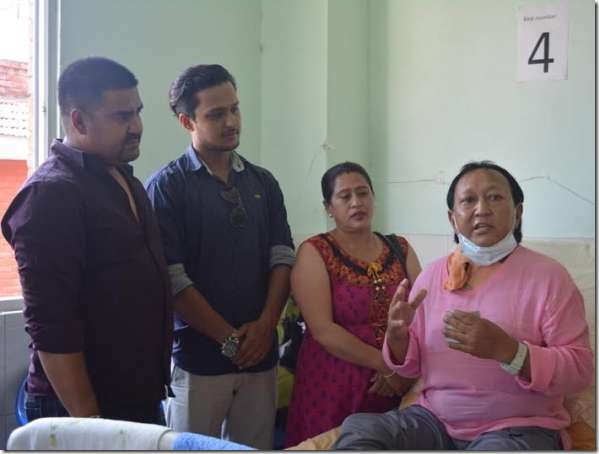 The artist Singh got sick on day of the second biggest earthquake on Baisakh 29 and was admitted to a hospital in Pulchowk. Singh is searching for a kidney donor to replace one of his damaged one.

In addition to Rekha, other artists are also collecting fund to help the artist.

We at Nepaliactress wish Pradip Singh a speedy recovery.