Here is the full truth about the controversy over Aanchal Sharma.

A journalist from Rajdhani Daily called Aanchal Sharma for an interview. She told, she is focused on her upcoming movie ‘Dal Bhat Tarkari’. She was willing to talk about the film and wasn’t interested in talking about anything else.

Rajdhani Daily published an article on the incident. The journalist of the newspaper, Dabbu Kshetri, admitted that he had written the article and was very angry towards Aanchal Sharma during the press meet of ‘Dal Bhat Tarkari’ song release press meet. All the other journalists were quite happy by Dabbu’s statement (you can hear the clapping and encouragement in the following video).

It sounds more like “us and them” type of rebuttal. 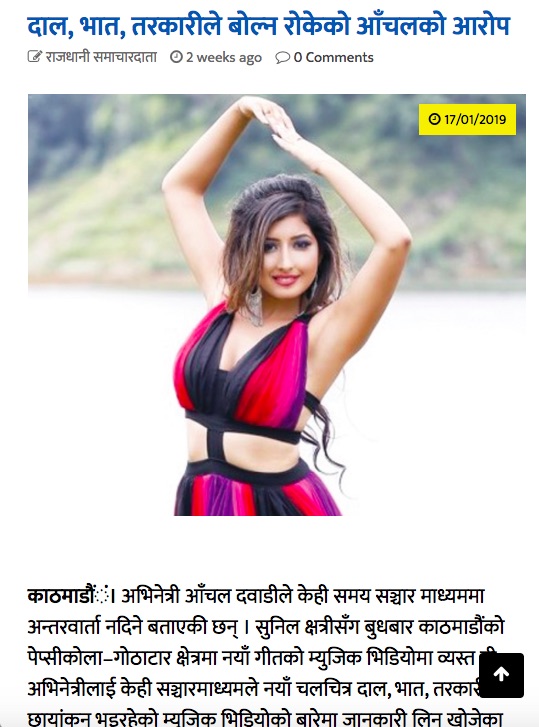 The article states – Aanchal refused to offer an interview to some medias. Sunil Chhetri tried to talk to Aanchal during the shooting of a music video in Pepsicola Gothatar area. But, the actress told that the director of the film ‘Dal Bhat Tarkari’ had barred to talk to media and didn’t talk about the music video she was shooting at that time.

The article writes, “The journalists who had gone there to taken an interview returned empty handed when she refused to talk.”

There is no mention about if the journalists had made an appointment for the interview. So, I assume they just dropped by and demanded an interview.

I think, both artists and journalists should respect each other and practice professionalism when dealing with each other.