Talking about her upcoming movie, Nepali actress Rekha Thapa has termed the movie being her first daughter. While her ex-husband Chhabi Raj Ojha is producing ‘Loafer’, Rekha is shooting ‘Kali’, the first movie she is doing without Chhabi by her side. 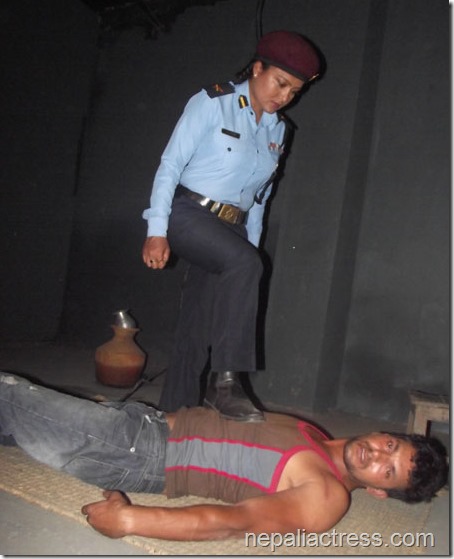 After ten years of living together and working on every movie Chhabi had produced in those years, both Rekha and Chhabi are working simultaneously in two different movies. Rekha seem to be preparing ‘Kali’ to release with ‘Loafer’ in the time of Dashain festival.

‘Kali’ is a movie made on the story of a woman played by Rekha herself. In the last eight years of existence of Rekha Films she claims to have given birth of some great ‘sons’ like ‘Ajambari Nata’, ‘Himmat’, ‘Kismat’, ‘Rawan’ and ‘Hamesha’. She adds, “Kali is going to be the first and healthy daughter.”

Symbolically Rekha told, “A woman without a man can become a ‘Kali’ and a man without a woman can become ‘Loafer’.” Kali is a Hindu goddess of empowerment while Loafer means a worthless person. About releasing the two movies at the same time Rekha says that she doesn’t have control on the release date. She adds, “It doesn’t matter if they are released on the same date. ‘Kali’ is strong to fight ‘Loafer’ and is not afraid of the clash.”