In a New Year program held on January 9, 2015 actress Sushma Karki performed hot dance for the Hong Kong audience. The show organized by Daniel Employment Agency was targeted to the people of Indian origin. 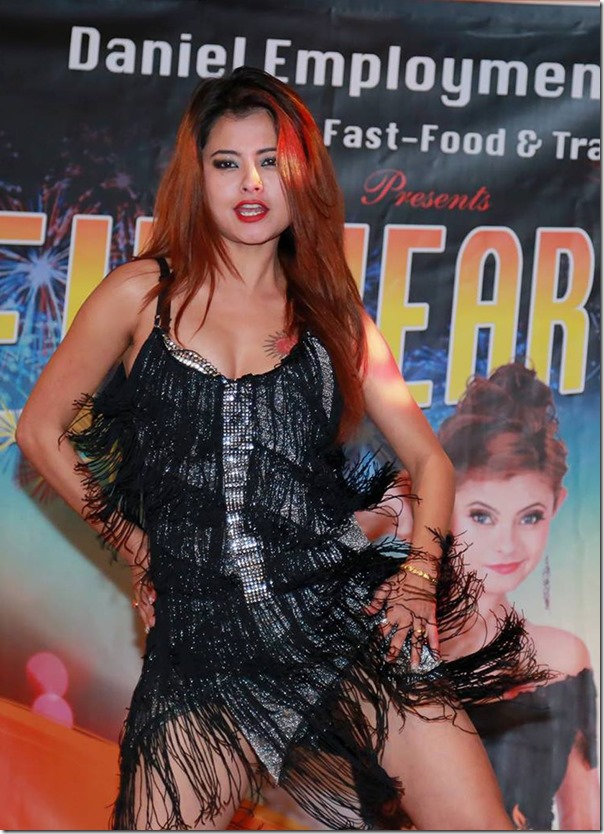 In the program held in a restaurant, Sushma had danced in five different Hindi songs. According to a journalist in Hong Kong, Binaya Shah, in t the earlier program by the same organizer Sushma was paid Rs. 70,000. In that program Sushma reportedly had complained about lack of stage and danced on only on one song. Sushma in a comment to Shah’s statement says that she was paid Rs. 200,000 instead.

Sushma Karki however denies such allegations and has threatened to sue Binay for false statement. She has accused Binay of creating controversy over her refusal to model in his photo shot. Sushma says that she has a 3-months-long visa and will sue him in Hong Kong. 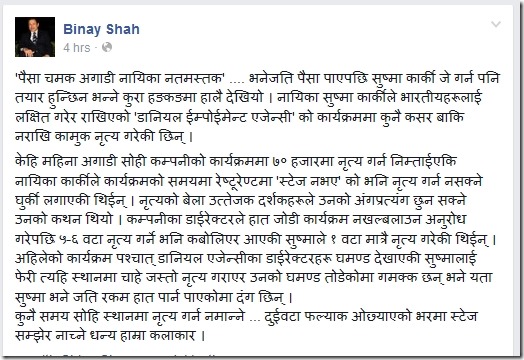 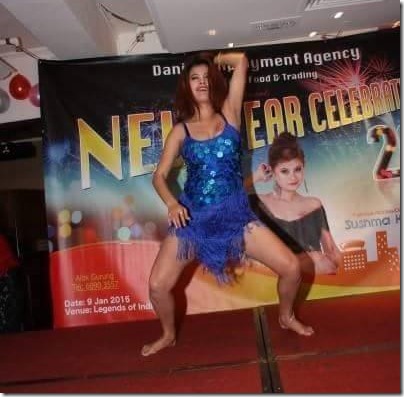