It was a refreshing day, one of our actresses, Priyanka Karki, stormed Twitter by replying every questions her fans had for her – to a limit:

Twitter says, I am over the daily limit for sending tweets. I’ll have to wait for a few hours.

That’s not all, Priyanka was so overwhelmed by the conversation that she says she might not sleep well on the day. (Actual words – “Sigh! Aaja ta ramrari sutna pani sakdina holaa.”)

Priyanks adds, “Let’s continue this tomorrow, because I have so many questions to answer.” 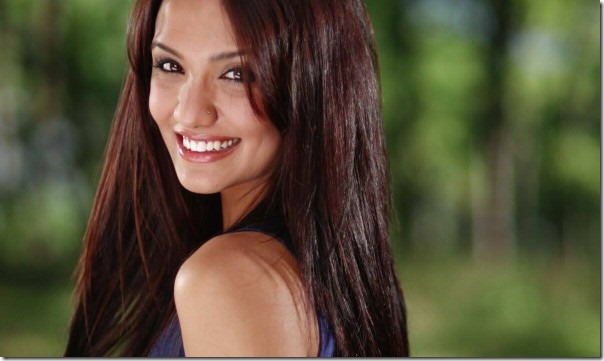 In the recent days, Priyanka has been quite active in social media – Facebook and Twitter. Her Facebook fan page has 53,000 likes and her Twitter follower count is 2795 at the time of this writing. I would expect the numbers to increase rapidly in coming days.

Questions about her choices (questions in bold font):

One thought on ““Be yourself, be nice” Priyanka Karki tweets her fans”