Actress Namrata Shrestha was honored for her contribution to the Nepali film industry. In an event organized at Tri Chandra Campus, the Education Minister, Chitralekha Yadav, had honored the actress. 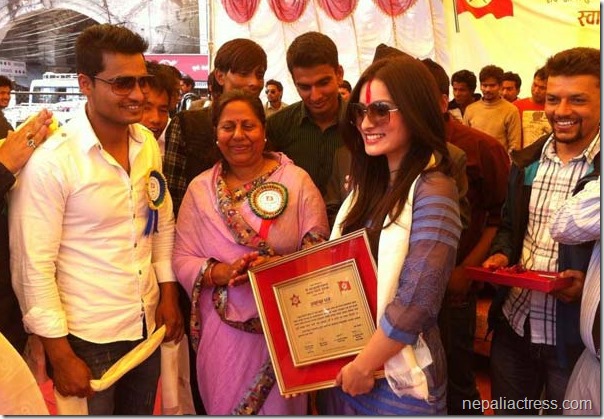 Speaking at the ceremony Chitralekha admitted that she hasn’t seen any movies of the actress. But, she also promised to watch one of the actress’s movie in near future.

After receiving the honor, Namrata expressed her her happiness and told that such appreciations create energy to do better in the future.

In addition to the actress, the National Cricket Team was also honored by the minister. The Cricket team had performed better than expected in the Twenty20 World Cup.