Actress Rekha Thapa is known to wear short clothes. Actually those short ones are credited for the success of the actress. Although she is a good actress, the appeal in her is what many go for.

Here are some sexy snaps of the ‘Himmatwali’ actress, producer and the director:

Rekha wore it during the farewell at Mahendranager when she was leaving for Kathmandu after the completion of the shooting of ‘Himmatwali’ in the area. 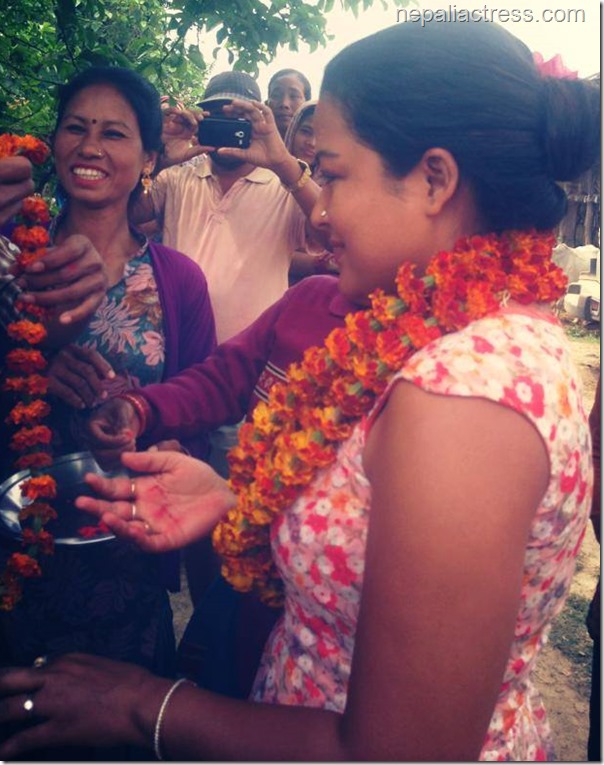