By the timing and the location of tattoo on Suvekshya Thapa’s tattoo we are wondering if it was the requirement of her upcoming movie. In previous two sequels of ‘Bindaas’, Sushma Karki was featured in leading role. The actress has a tattoo of a huge sun on her left breast. 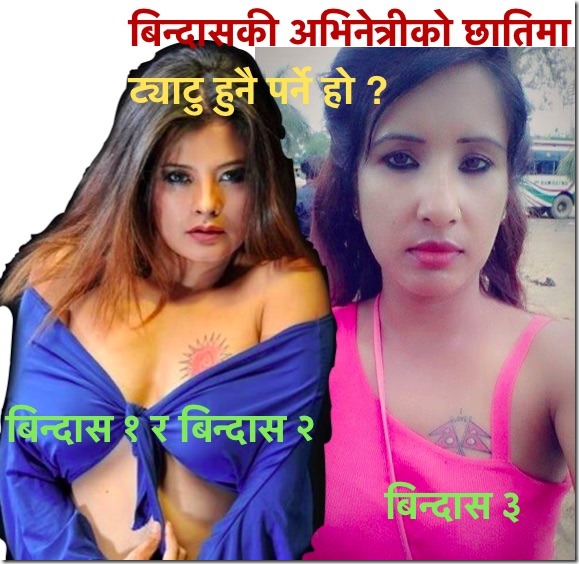 Now, Suvekshya has replaced Sushma in the third sequel of the movie. Right after the completion of the shooting of the movie Suvekshya has revealed the tattoo on her breast. Was the timing and location of tattoo a mere coincidence? Or, was it made to replicate the success of Sushma Karki (as if, Sushma was successful)?

When asked to Suvekshya, she wouldn’t answer. So, we might never know the answer. There might be some sort answer on October 6, when ‘Bindaas 3’ releases in theater. Till then, we should believe Suvekshya has an immense amount of love for Nepal that she made the flag tattoo on top of her heart!

Don’t you think the tattoo has enhanced the beauty of the actress? 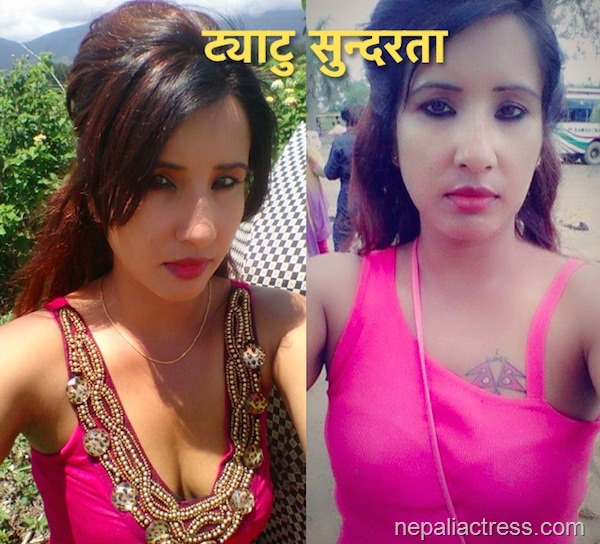