Actress, dancer and model Sagun Shahi is rapidly establishing herself as the hottest dancer and model in Nepali music and film industry. The hottest and busiest music video model was recently featured in an item dance of an upcoming movie ‘Kaamchor’. The item song in the movie directed by Dinesh Shrestha was added after the completion of the shooting of the movie. The movie was in fact scheduled to release on May 15. But the earthquake in Nepal caused the delay in release and hence, the addition of the item song. 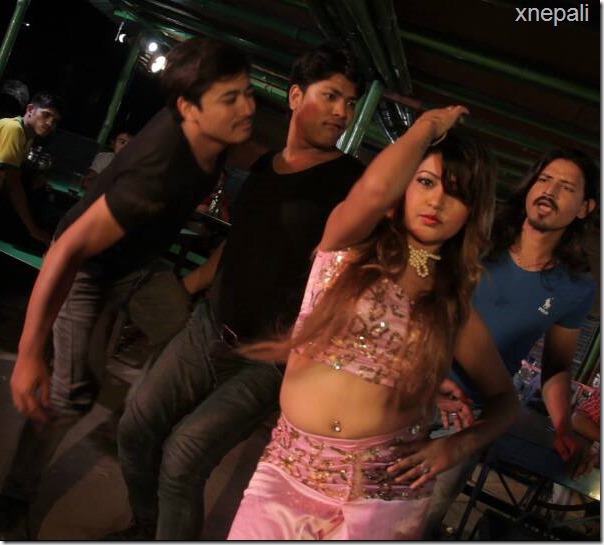 In another movie ‘Tiger the Real Hero’, an item song featuring Sagun Shahi was shot few days before the release of the movie. Although the movie wasn’t that successful, Sagun’s item dance ‘Ma pa se le maryo… ‘ had become an instant hit.

If the item song of ‘Kaamchor’ could also become successful, there is no doubt, Sagun will be all set to rule the Nepali film industry as a new item girl. In NepaliActress, Sagun’s posts, a  shooting photo post (400 Facebook shares) and Sagun’s swimsuit photo post (529 Facebook shares) were quite popular in last few days.

As most of the actresses have either left the film industry (like Sumina Ghimire and Surabhi Jain) or moved to USA (like Ranjana Sharma, Richa Ghimire, Usha Poudel, Rekha Thapa, Nisha Adhikari, Nandita KC and whole lot of old actresses), there is a huge potential for the new entries. So, we think, there is a great potential of Sagun Shahi as an actress as well as an item dancer in the Nepali film industry.

All the best Sagun! 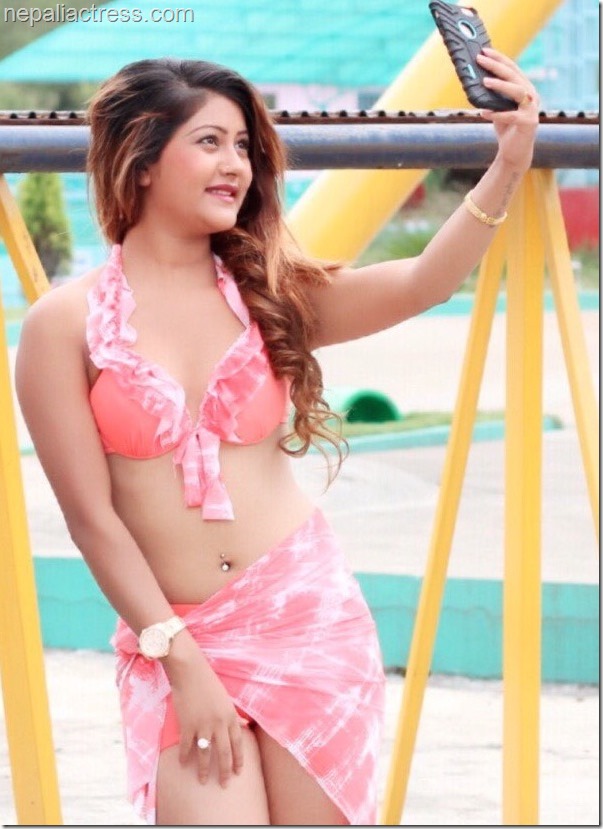