If you had seen the actress Karishma Manandhar in Pashupati on the first day of Nepal Bandha in Pashupati, you might not have recognized her. Wearing blue kurta and with head covered by the shawl and eyes covered by big sun glasses, she would be missed for any normal woman visiting the temple. 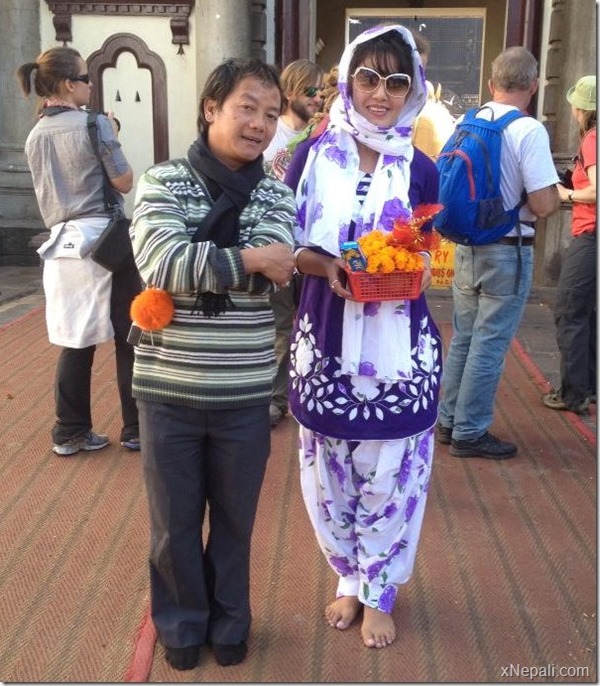 The big issue was – Karishma drove all the way from her home in Godawari to Pashupati on the day the Maoist Baidhya Faction called for Nepal closure. Although there were security presence and some vehicles were running in the street, there were a lot who didn’t risk driving on the day.

While other artists complained about the closure and asked everybody else to defy the closure, Karishma is the only actress who we know has defied the closure.

Another actress, Keki Adhikari, was vocal in expressing her dissatisfaction about the closure and asked people to defy the closure. It is not known if she herself had defied the closure or not.

Actress Rekha Thapa told that she stayed at home on the day and wrote some articles.

(credit and a couple of more photos in xnepali)