It has been quite some time we have talked about the actress Jiya KC. She is one of the hottest actress in Nepali movie industry. But, she started as a not-so-hot actress. The debut movie of the actress ‘Ho Yo Maya Ho’ is releasing this week. 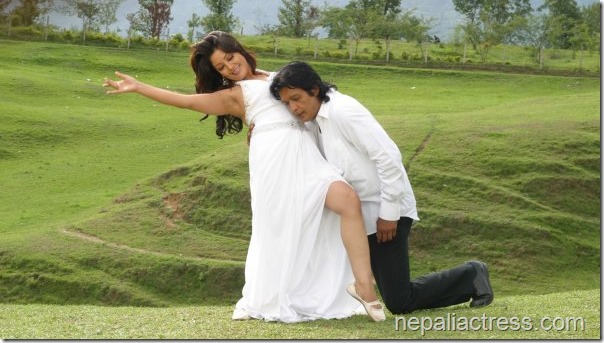 The director Deepak Shrestha debuted Jiya KC in the movie but later when she started doing excessively vulgar roles the relationship between Jiya and Deepak wasn’t that good.

The movie was started four years ago and features Rajesh Hamal, Karishma Manandhar, Raj Timilsina, Shayam Rai and Jiya KC in main role. The movie is made under Subash Entertainment banner and produced by Subash Giri.