Simpal Khanal is one of the popular name in entertainment industry. Beautiful face and sweet voice are attractive features of Simpal. Simpal debuted in Nepali movie industry in ‘Majhi Dai’. After that she went to Singapore and travelled in a ship for a year. The tour was helpful in forgetting the tragedy with her director boyfriend. 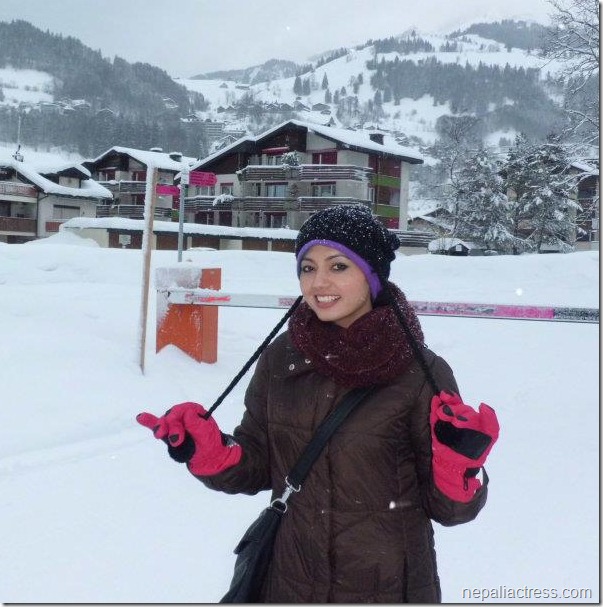 After returning back to Nepal, Simpal has acted in a number of music videos and television serials. She has also worked as a video jockey (VJ) in various television programs. Simpal’s show ‘Hit Mix’ was very popular in Nepal Television and ‘Bhabishya Darpan’ in Kantipur Television.

In addition to movies, music, TV, Simpal is active in modeling. She is featured in various print and television advertisements.

After almost a decade, Simpal has made a re-entry in Nepali movie industry with a latest release, ‘Adhaya’. Although the movie had a slow start, the movie is picking up in attracting audience in later days.

Following are the photos of actress and model Simpal Khanal featured in the Falgun edition of women’s magazine ‘Nari’. 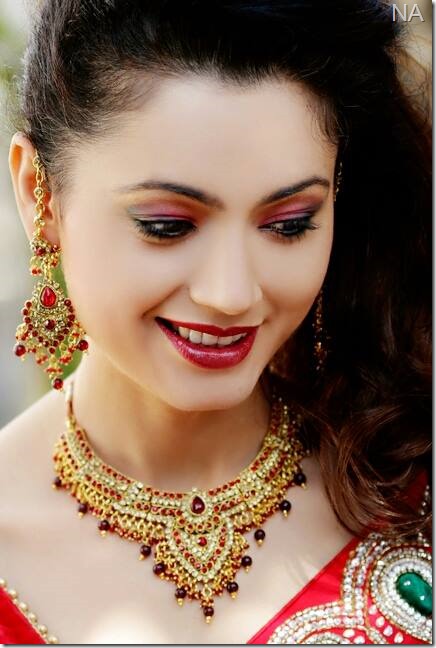 The photoshot for the section Pahiran Saili in the magazine was at Bagaicha Restaurant. The beautiful actress looks awesome in saree. 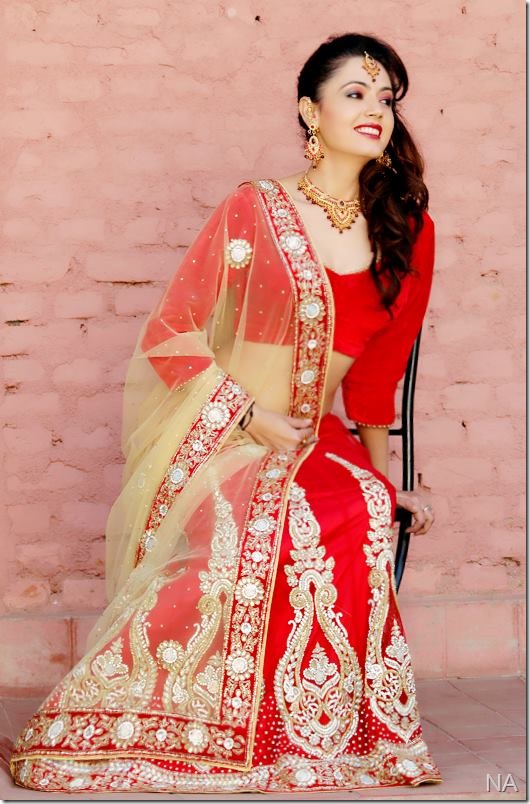 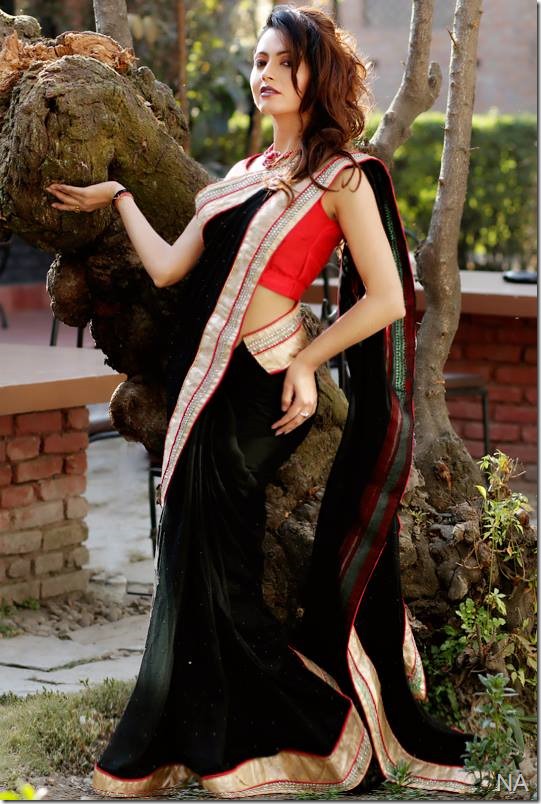 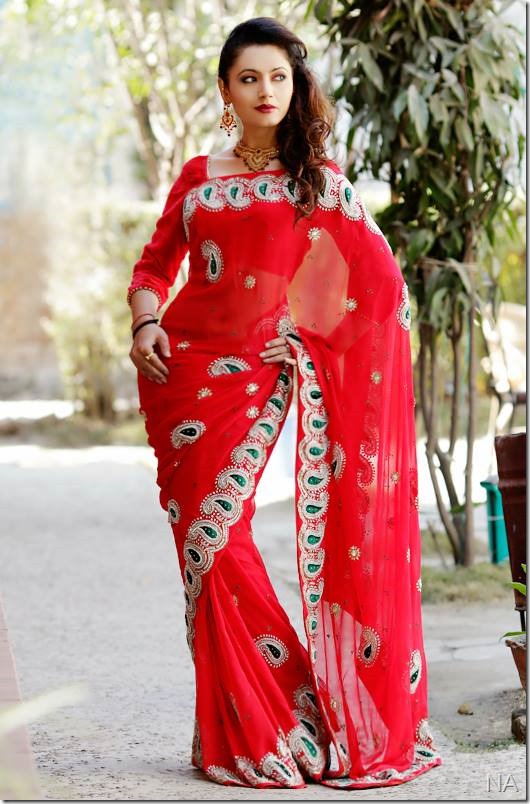 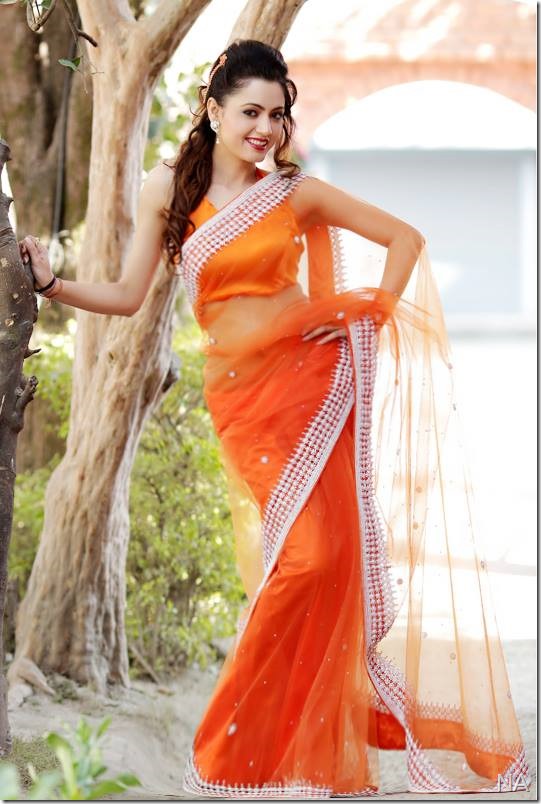 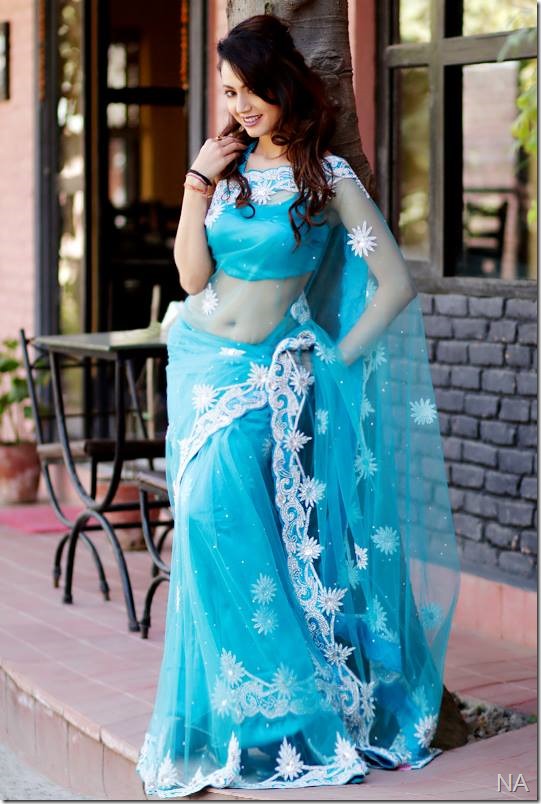 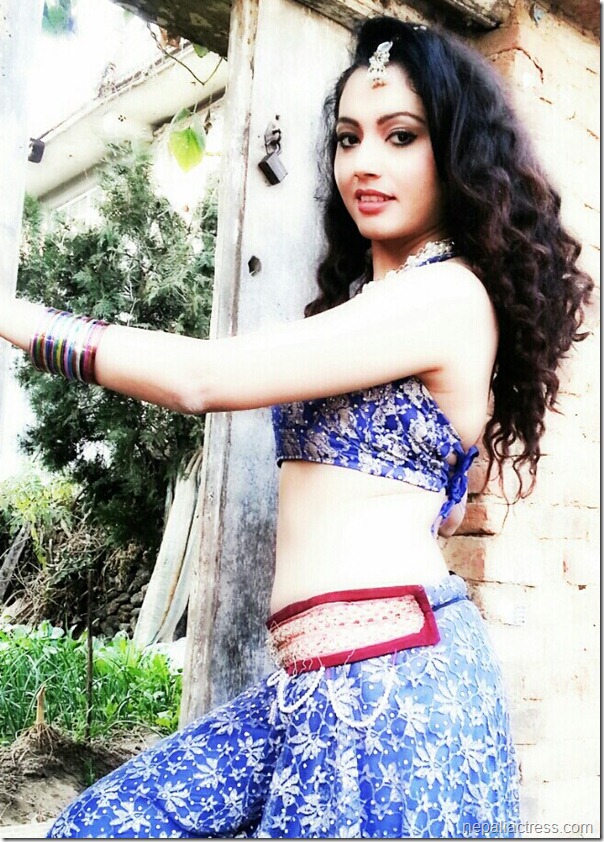 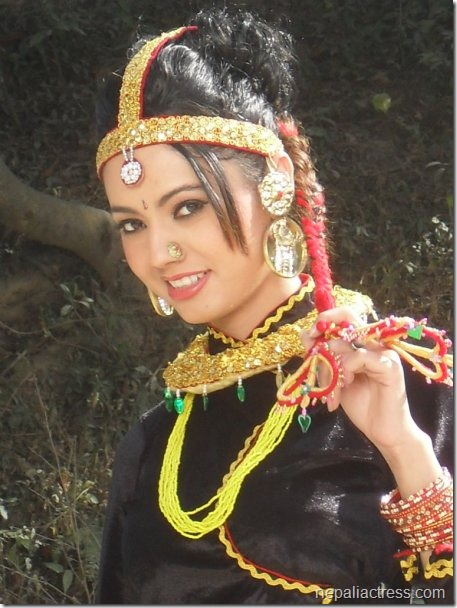 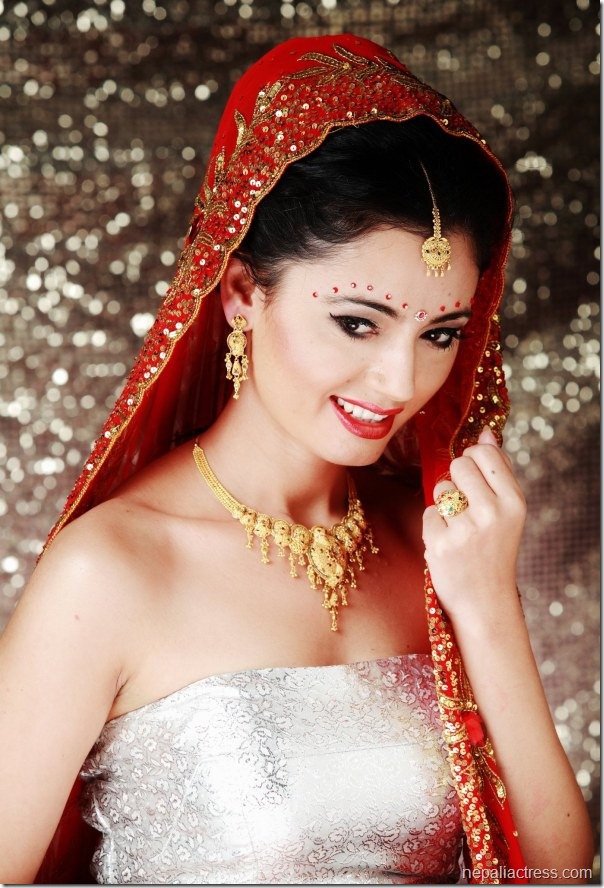