Actress Nisha Adhikari (and actor Arjun Karki) have started climbing Mt. Everest through a trekking agency, Seven Summit Trek Expedition, of climber Pemba Dorje Shrepa. At the time when they are in the basecamp, the government had announced that they haven’t received the climbing permit. A climbing permit application requires more than 2 months to process. So, they have not chance to get a proper permit, even if they want to apply for one. 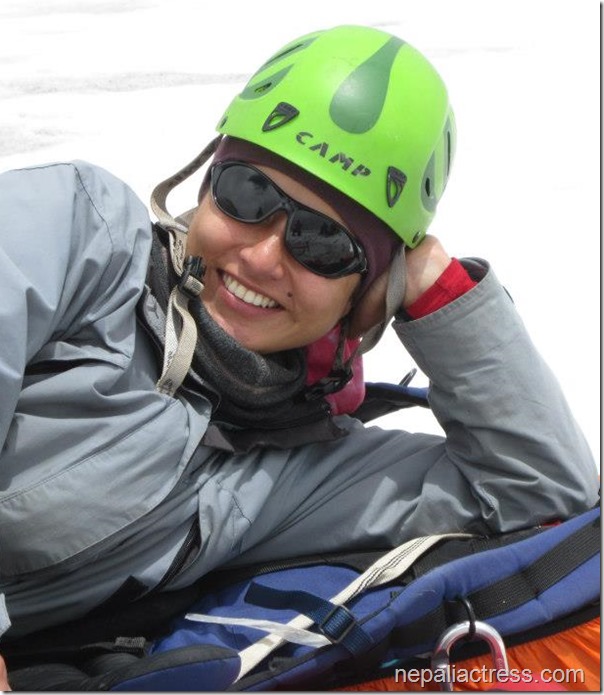 The agency has told that they are climbing Mt. Everest as high altitude worker. After the completion of the climbing, the certificate they will receive won’t be that of a climber but of a worker. The agency had collected Rs 1 million from each of the climbers but, it had failed to get the proper registration with the government.

A registered climber will need to pay government US$ 25,000 (about Rs. 2.2 million) plus the cost of climbing. Any Nepali climbing as a high altitude worker saves that much government levy and Nisha and Arjun should have chosen the path to save their money.