This is a month old news but, we thought it didn’t get as much publicity as it deserved. While Poojana Pradhan was in Hong Kong last month, to show her movie ‘Chihan’ to raise money for the orphan children taking refuge in JayaSangat Ashram she also did an auction of the saree she wore during the ceremony.

On March 16 Poojana announced her intention to auction the saree for the charity. She also intended to use the money to fund her orphanage. 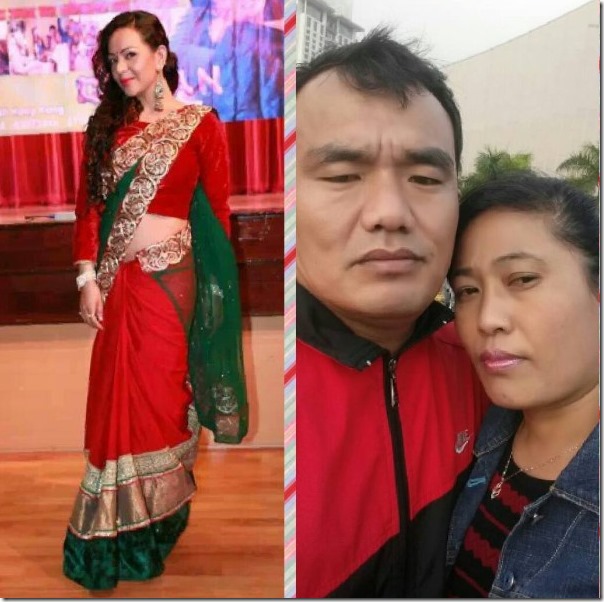 The saree was bought by Sanjaya Kumar Gurung and his wife Bindu Gurung for Rs. 26,260. The photo shows Poojana wearing  the saree in the Left and the couple who bought it in the Right.