Actress Priyanaka Karki is featured on the cover of the Valentine Issue of an Australia based magazine +977. The ‘Kollywood’ actress has been the most sought-after actress in the Nepali film industry. It’s however a different story that none of her movies have done a decent business, so far. 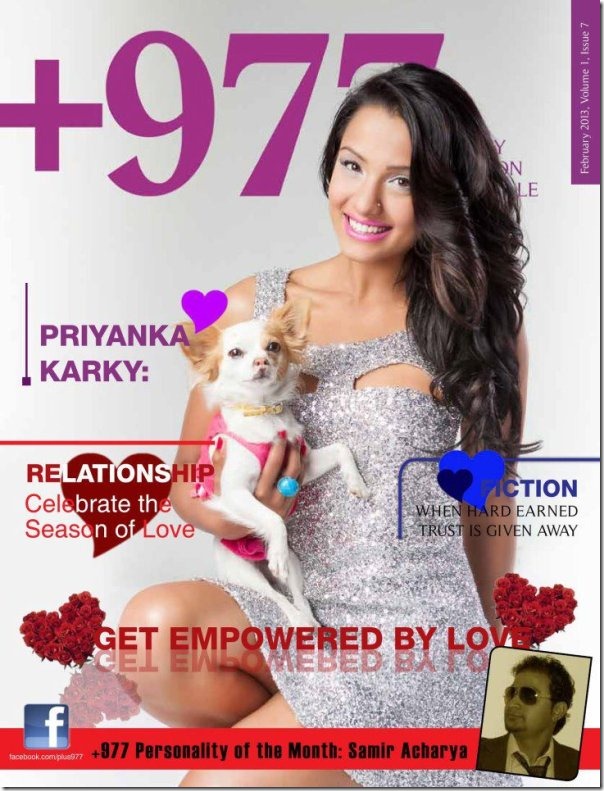 In the cover photo, the hair and make-up was done by Sakil Kunwar, styling by Sayal Shrestha, dress design by Bishwo Gautam. Priyanka is holding the dog Snowie. The photo was taken by Ganga Sagar Photography.