It is a rare incident when one actress appreciates another actress in Nepali film industry. Mostly, actors and actresses are busy pulling each other’s legs. So, it becomes a news when they don’t pull each other’s legs.

In latest Facebook posts of Priyanka Karki and Keki Adhikari, they have spoken good of each other. Keki writes, "Priyanka Karki you are among those rare species (who is beautiful inside and out) and you need to be protected." 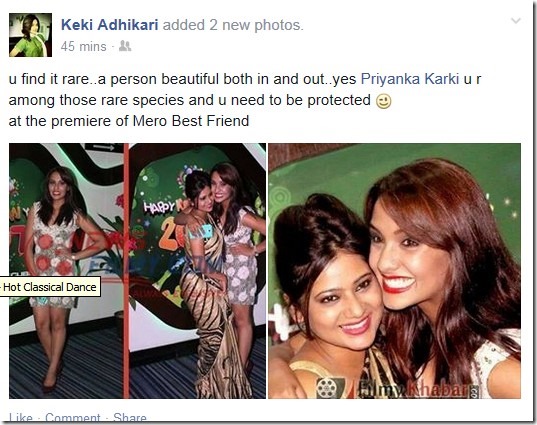 A couple of days earlier, Priyanka also wrote something similar – "You (Keki) are totally and completely such an amazing, wonderful and a warm soul." 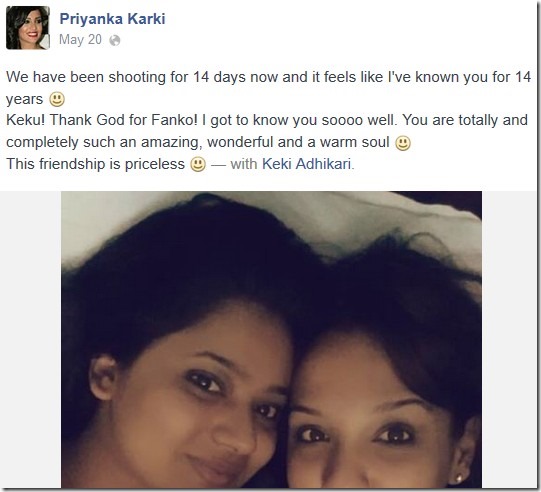 It seems, Keki started the series of appreciation: 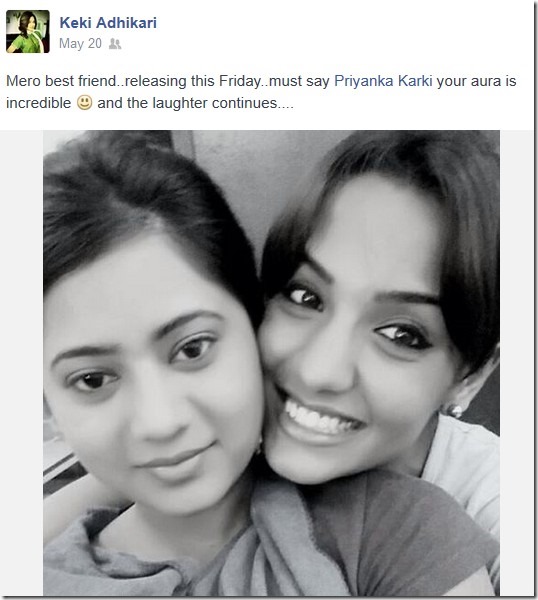 We don’t want to think of conspiracy theories it but, we shouldn’t forget that the movie featuring the two actresses has released today (on May 23).

And, they are also shooting together for upcoming movie ‘Fanko’ in locations in and around Pokhara.