The debut movie of the actress Rajani KC, ‘Loafer’ is releasing on this Friday, December 6. The actress is being introduced by one of the successful producers of Nepali movie industry, Chhabi Raj Ojha. 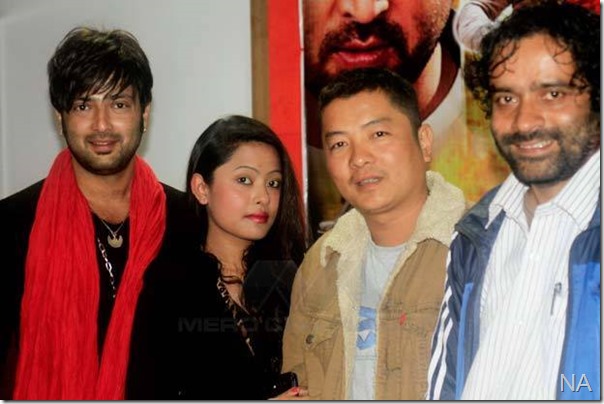 Chhabi is credited for introducing Rekha Thapa and making the top actress of the industry. Until the divorce and registration of Chhabiraj Films, he used to make movies under Rekha Films banner. Rekha is currently in Hong Kong to screen her movie ‘Kali’.

To give the information about the movie and the artists, a press meet was organized in Kathmandu on December 3. In the program artists including Rajani spoke about their roles in the movies. Talking in the event, Rajani expressed her satisfaction in working with a seasoned producer and well known actors.