Although she has a very good acting career ahead, actress Rekha Thapa has taken a huge risk by entering the party politics. She had tried her best in making full use of the newly gained political power by trying to get appointed in  the Film Development Board and getting elected for the party. But, both her efforts had failed. Although she is not competing in election, she has promised to help the party, CPN Maoist to win the election. 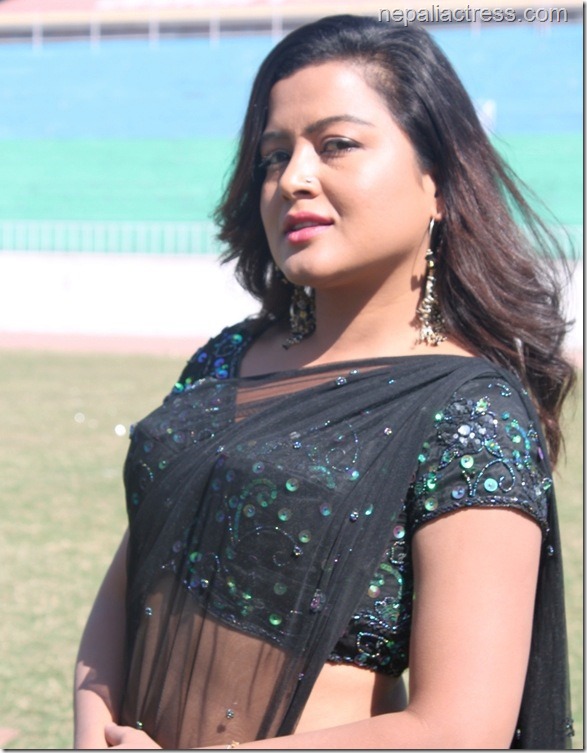 After Rekha joined the party, Rekha’s fans are confused on why she has risked her career. Joining a party alienate all her fans affiliated to other parties. That is not something a celebrity can afford to risk on.

Why did you choose politics?

I could have served the society and country alone. But, there is a high chance that the sole voice might not be heard. In politics, your voice get some authenticity and it gets stronger. I had tried doing things alone but that didn’t help me much in helping the people and country much. A true political power can change every subjects. In political parties, we can collectively address any social problems. I needed that collective effort and I found that in politics.

Why CPN Maoist? Why not other parties ?

I had always been influenced by the principles of CPN Maoist. I had been revolutionist since  my child. My progressive thoughts and views seem to be closer to the party. During the 10-years-long Maoist war, I used to see the sketch of Prachanda and I used to study their principles. After a long analysis and deep study I have realized that my principles resonate with the party.

There are a lot of people who don’t like CPN Maoist as a party. In politics it is perfectly normal to have varying thoughts. It is same if I choose Nepali Congress, CPN UML or RPP party. They all have people of rival thoughts. The wounds of people’s war are still fresh. Although I don’t know much about the ancient politics, I have made an informed decision based on what I have seen and learnt for my life.

What is your political background ?

I am a sole warrior. I don’t want to undermine my political consciousness by pointing to the person around me. I believe, my identity should be my own. I can say my ancestors were the offspring of Bhimsen Thapa and that might be true, but I want to be identified by my own name. So, I am an individual fighter.

You can seek the political background of Prachanda or Baburam Bhattarai or Madhav Kumar Nepal or B P Koirala and find none. They were sole fighters and I want to be like them. I don’t want anybody else to be the benefactor of my political quest.

How can you keep a balance between politics, social work and acting?

All three sectors are related and fulfill each other’s purpose. Serving a society was a social worker and serving a country as a politician are the same. Although people say that politics is a game, I don’t think so. A good social worker can be a good politician. I wanted to serve the people, not rule them. Most of the leaders of our time have become rulers rather than serving people. That is the reason politics got the bad name.