In response to conflicting reports about how actress Richa Ghimire reached USA and reports about her staying there permanently, she had responded by a long statement in her Facebook status. With the status, she also shared the photos of her farewell party at her home in Kathamndu. From the photos, we can say that Richa had invited Arunima Lamsal, Sanchita Luitel and Melina Manandhar in the party. 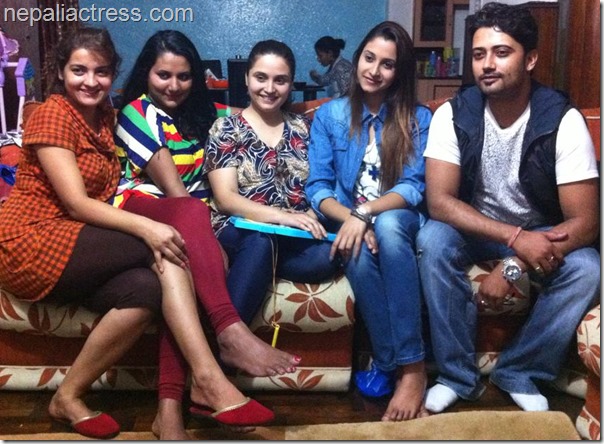 Richa says, she screened ‘Tulsi’ in Calgary and Toronto cities of Canada. After that, she went to Baltimore city in the USA and did one screening there. In the summer she is planning to show the movie in California, North Carolina, Virginia and Atlanta. She would probably take it to the Europe on her way back to Nepal. It’s to be noted, she didn’t talk about the return dates. The Europe and Nepal plan seems more like an alternative if her attempt to get the Green Card didn’t work.

She also added, she didn’t secretly ran away from Nepal. Before leaving Nepal, she had told about the journey to everybody and she even had a farewell gatherings. Richa admitted this journey to be longer than others. Although she has written a long statement, Richa hasn’t denied the report of her family’s intention to get a green card in the USA. (read the full statement at the end of the post.) 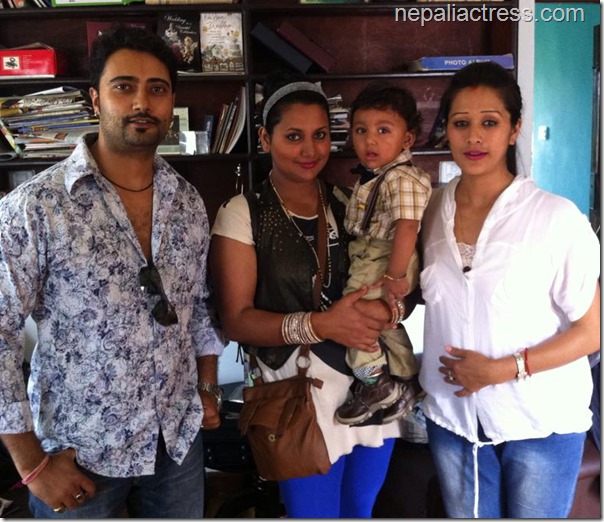 This photo seems like a different event Richa and Mukesh’s dresses. 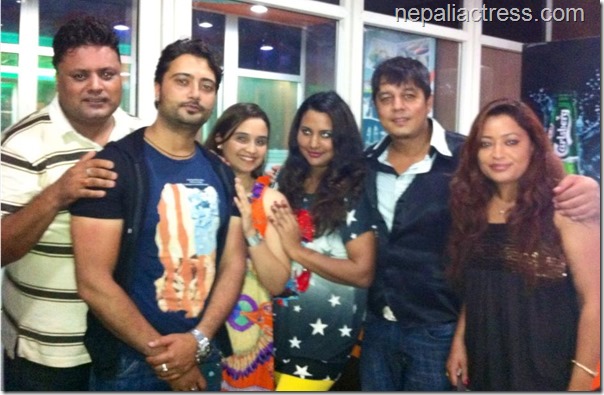 The background and the beer advertisement on the back says, this photo was taken in some formal party. All – Richa, Mukesh and Sanchita are wearing different dresses when compared to the first photo. 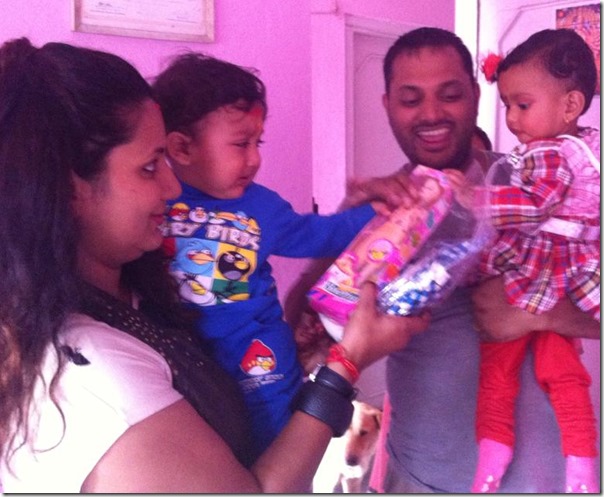 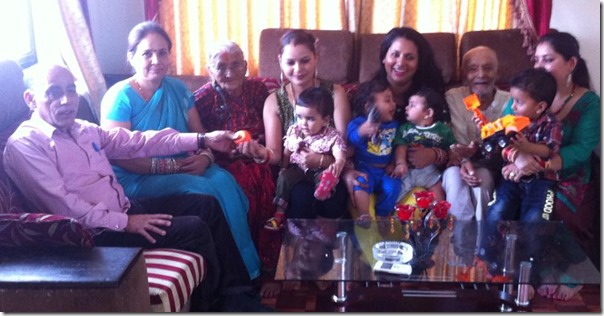 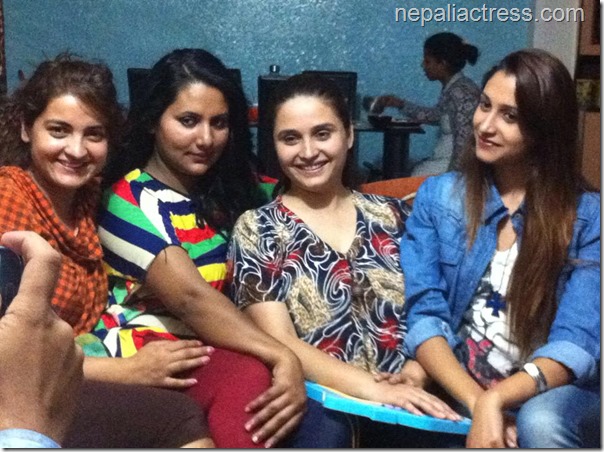 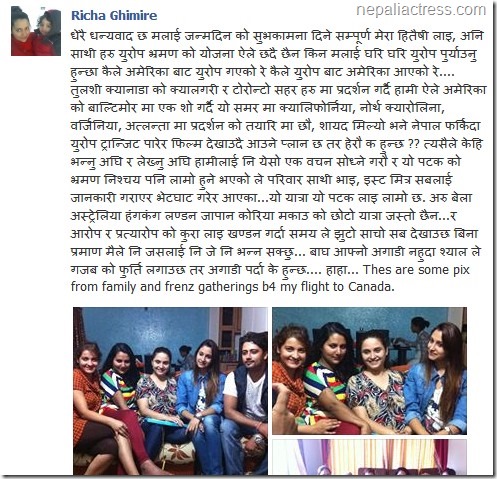