One of the first superstar of Bollywood, Sridevi has died in Dubai hours after attending a wedding party in Dubai, UAE. Sridevi and her family were there to participate in the wedding ceremony of Mohit Marwah. 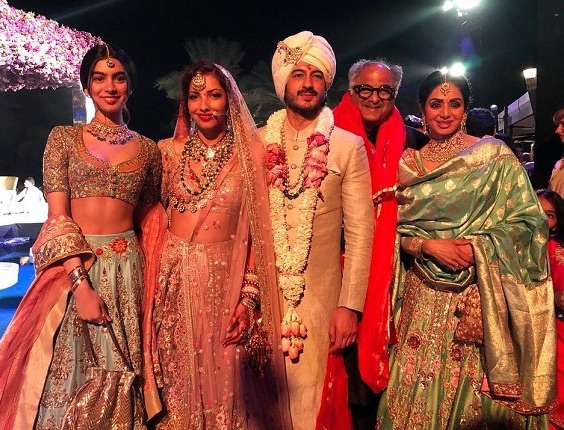 In the following video and photos, Sridevi looks healthy and happy during the marriage. She has posed with the bridge groom with big smile. But, after a while she had cardiac arrest and died. According to reports, her husband Bonny Kapoor and one of their daughters were with her when she died. The second daughter couldn’t attend the wedding ceremony as she was busy shooting for her debut movie.

Sridevi’s daughter Jahnvi is debuting in Bollywood in her upcoming movie, ‘Dhadak’. The movie scheduled to be release on July 6, 2018 will have one less viewer upon release – Sridevi.

Sridevi was one of the top actresses in 1990s. Starting as a child artist, Sridevi worked in South Indian films before entering Bollywood. She was 4 years old when she acted in a regional religious film. She also debuted in Bollywood as a child artist.

Sridevi’s affair with fellow artist Mithun made news and rumours din the mid-1980s. They were also rumoured to be married. But, the truth is yet to be finalized. Sridevi married Bonny Kapoor when she got pregnant after Bonny had extra-maritial affair with Sridevi. Sridevi had a big belly when she married Kapoor.

Video report about the death;