It seems, Shilpa is going to be the next Rekha Thapa in the Nepali movie industry. I reached to the conclusion based on the following similarity between the two. 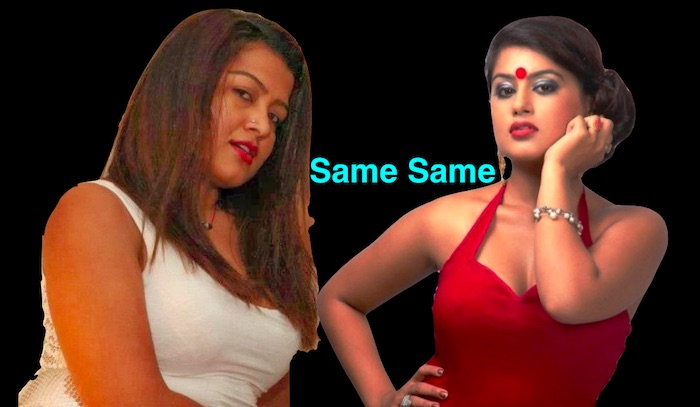 Marriage – Shilpa is  yet to marry Chhabi. Although Chhabi has told that the marriage is confirmed and they have been living together for a long time, nothing can be said about their marriage.

Rekha was lucky to get the banner under her name because they needed to register a new banner at that time. Before Rekha Films, Chhabi used to produce films in a partnership under the banner name Namaste Nepal. After the partnership broke, they couldn’t use Namaste Nepal banner anymore and Rekha Films was registered. Now, there is no reason to cancel Chhabiraj Production and register Shilpa Films.

Skin Show – Another difference is that Rekha became popular because of short dress and skin show. That is why Rekha was also named Dekha Thapa (Dekha means show). Shilpa has mostly been sober and simple when compared to Rekha.