When Chhabi Raj Ojha invited Shilpa Pokharel in a surprise event, she was really worried. Chhabi had invited everybody with the message that the event is a surprise. A lot of invitees guessed that the surprise might be an announcement about his marriage. 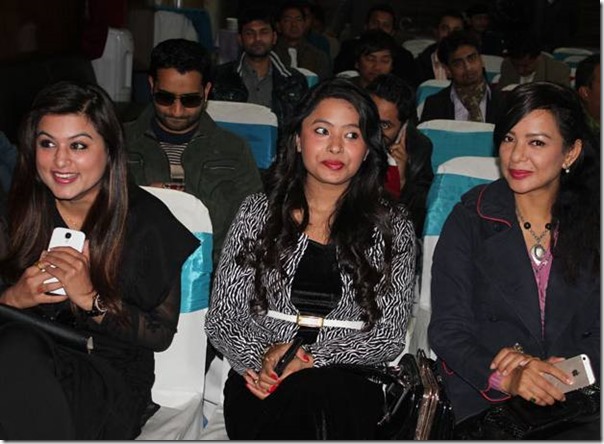 Shilpa was worried because she knew Chhabi likes her and she wasn’t prepared to face him if he proposed her. In an interview before, Chhabi had told that he liked her but hadn’t proposed yet. Shilpa was relieved when it was a birthday party.

Chhabi had invited everybody for his 50th birthday and silver jubilee in Nepali film industry. He had invited a lot of film industry personality. The most missed one was Chhabi’s ex-wife Rekha Thapa who choose not to be present in the ceremony.

In the program when Naresh Bhattarai, the MC, talked about Chhabi being successful in every steps he had taken except for marriage, Shilpa’s eyes were wet. It is clear that the statement touched the ‘Lazza’ debut actress’s heart and she loves Chhabi.

Although both Chhabi and Shilpa deny the possibility of a marriage, we at nepaliactress can see a tie-up in future if Shilpa continues to work in Chhabi’s films in future. 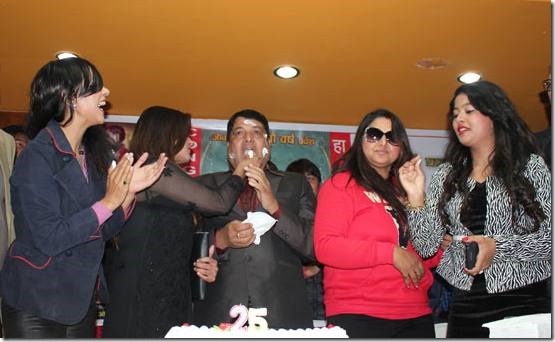