On Saturday when Rekha Thapa was participating in a cultural program in Nepalgunj, a fan kissed her by force on stage. In the program held in the local film theater, Rekha was on stage when a fan came to shake hands with her. But, when the fan also managed to steal a kiss on Rekha’s cheek, Rekha wasn’t pleased at all. 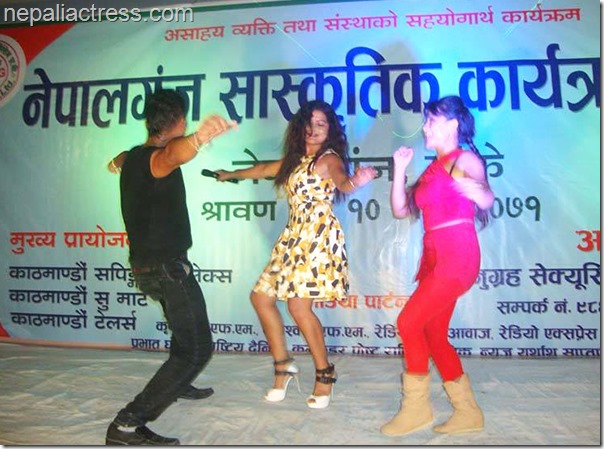 The 28-years-old fan is told to have done such an action under the influence of alcohol. He was later handed over to the police. Rekha danced a short steps on a song of her upcoming movie ‘Himmatwali’ and didn’t stay long in the program.

Rekha reportedly talked to the fan later and expressed her dissatisfaction on the incident.