Some journalists took photos of sctress Priyanka Karki‘s underwear and published them and also lodged a complaint against the actress. She was foreced to write an 4-pages long explanation why she hasn’t done anything wrong. In response the journalists claimed that Priyanka admitted her mistake. 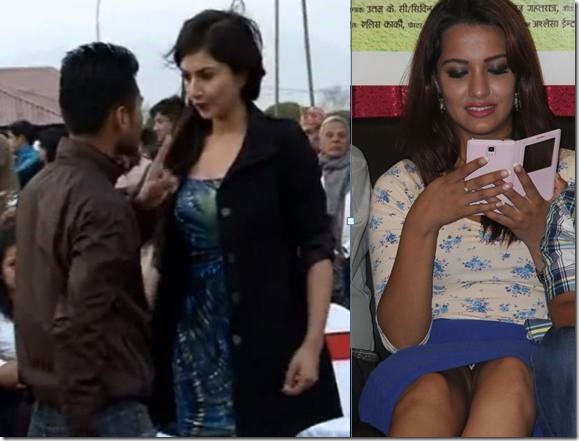 I don’t know why Priyanka Karki should be giving explanation on what happened. It’s not her fault that she wore what she wore. Or, you have to say that girls cannot wear certain kind of dress in certain event, they have to sit in certain position for entire event, because they are girl. You should find better things to report. This is such a shame in entire Nepali journalism , especially film journalism. This is what happens when you have amateur, un professional journalist.

I suggest we should file complain against the journalist for doing this , but no we won’t because they won’t publish our news tomorrow or won’t report our event. So lame. It’s so shameful. We should raise voice against this.

We at Nepaliactress.com totally agree with Bhupendra Bhattarai. Nepali journalists have been taking advantage of their power.

It was the same case when one journalist went too close to take the photos of Nisha Adhikari‘s underwear. Journalists later forced Nisha to admit her mistake and ask for forgiveness.