The actress debuting in an upcoming movie ‘Sorry La’, Anita Acharya has helped Bal Mandir by donating food and sports items. In a program held on Saturday (July , 2013) Anita and ‘Sorry La’ team handed over the donation. Anita told that the amount she donated was 75% of the total pay she got from the movie. 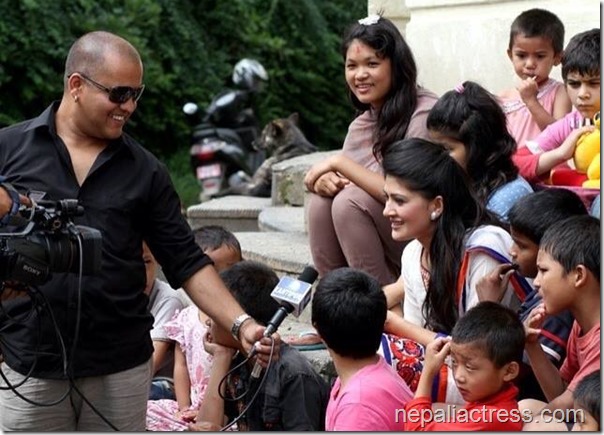 Anita told that she wanted to spend the income from the first movie in a good cause, so she decided to donate to the orphanage. Although the event looked like a publicity stunt for the movie, she asked everybody not to think that the donation was done for publicity. She also promised to continue doing social works in the future.

The director of ‘Sorry La’ Rishi Lamichane had also participated in the program and expressed his happiness on the social work of the actress. He told, many actresses create scandals for cheap publicity but doing a social work is much better and publicity is a far better way of being noticed .

We wrote about the announcement earlier.