According to a recent report, actress Arunima Lamsal and her husband have officially divorced. Arunima has reportedly left the husband of 12 years after she felt her freedom was constrained by the husband. 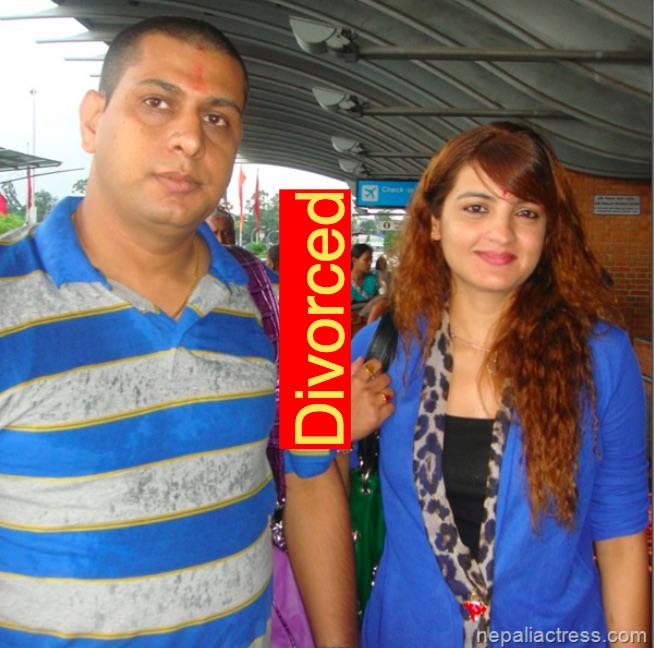 Arunima is originally from Biratnagar. She met Amit Aryal, an employee of a bank, in Biratnagar. When Amit and Arunima met they fell in love with each other. After a brief affair they decided to get married. After six years of marriage, Arunima gave birth to a daughter on November 8, 2011.

At the time of her pregnancy, Arunima was in the peak of her career. Although she wasn’t the number one, she was a well known and widely liked actress in the film industry. Pregnancy halted her advancement as an actress. Right after giving birth, Arunima went to the USA for a visit with her husband. They had left the 10 months old daughter with her grandparents. It is believed that they started the Green Card application at that time.

After returning back from the USA Arunima started her comeback attempt. But, the comeback was not as easy as she expected. Remembering the time, Arunima says that the whole film industry had changed in that short time. The film industry jumped from the reel-system to digital system, the producers, directors and co-artists suddenly changed. There were a lot of new artists and Arunima couldn’t compete with them. In the mean time, her relationship with her husband started to become sour.

At the time they got the Green Card, Amit and Arunima had decided that they can’t live together for long. Before they left for the USA they had distributed the properties among themselves in Nepal.

It is believed that Arunima had started the divorce process. She had told that her freedom was compromised by her husband. She had accused Amit of trying to restrict in her decisions. That was the reason they were living separately in the USA for a year before the divorce was finalized. Because of the problem at home, Arunima used to reject any proposal of her stage appearances in the USA.

On the other hand, Amit says that Arunima had misused the freedom he gave. These days, Arunima’s parents are in the USA living with her. Arunima, her daughter and the parents are living in Baltimore, USA.

It is a sad incident but, I hope Arunima finds a better life partner in future and so does Amit. All the best for their better future.