I can understand if you don’t know Zenisha Moktan. Although she had worked as an actress in the past, she is better known as a Miss Nepal. After being crowned Miss Nepal 2009, Zenisha was also nominated for the Best Comedy Actor in a TV Award program. She didn’t win the award and didn’t return to acting. In fact, she left the entertainment industry after she got acquainted with her current husband, Dikesh Malhotra. With Malhotra, a businessman, Zenisha also started her career in business.

Zenisha and Dikesh got married in the start of 2016. Now, after almost two years, Zenisha is pregnant and is expecting a baby soon. Watch a video report:

Zenisha is a close friend of actress Priyanka Karki. Priyanka and Zenisha had both acted in ‘Gharbeti Ba’. They became relative after she married Dikesh. Dikesh is the son of Priyanka’s maternal uncle. That way, Zenisha is the sister-in-law of Priyanka Karki. Apart from the TV serial, Zenisha had also acted in a big screen movie ‘Mero Euta Sathi Chha’. But after that, she has stopped appearing as an actress. I think, it is safe to call her an ex-actres. 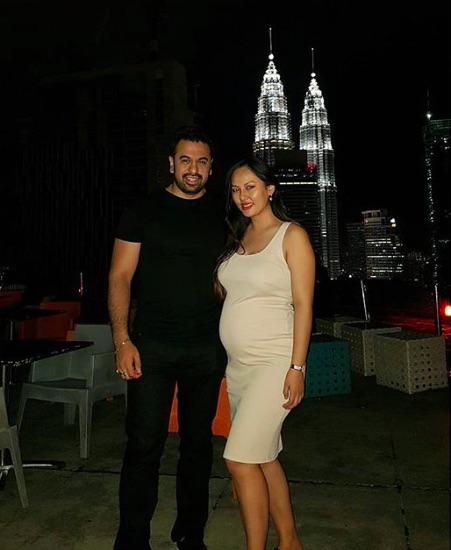 5’6″ tall Zenisha is one of the few Nepali girls of non-aryan ethnicity to win the Miss Nepal title. Before Zenisha few Mongol-ethinicity winners include Neelima Gurung and Malvika Subba. Including Miss Nepal 2014 Subin Limbu there are only 4 Mongol Miss Nepal out of 21 title holders.

My best wishes to Zenisha and Dikesh Malhotra on the upcoming birth of the new member in the family. I wish Zenisha a very happy and fun-filled motherhood.

A video report about the husbands of Miss Nepal (this video needs to be updated with the details about Miss Nepal 2015, Evana Manandhar who had also married recently):

Some photos of baby bump of Zenisha: 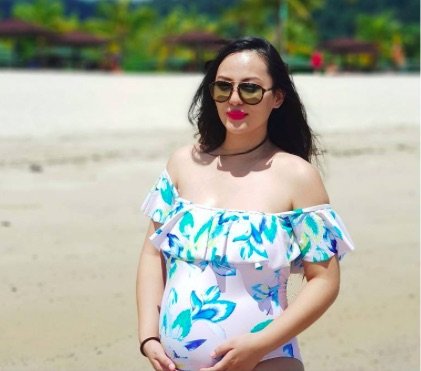 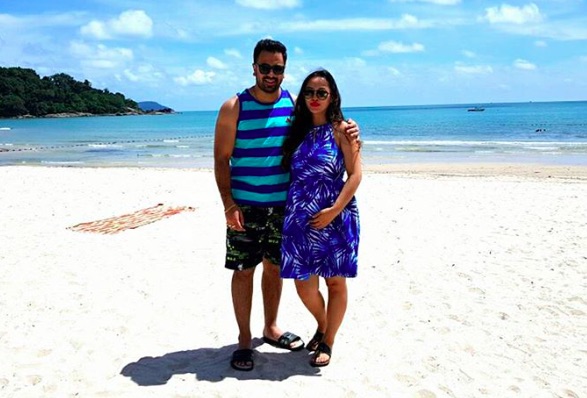