The actress of movies ‘Basai’ and ‘Maya Marechha’, Barsha Raut is making a comeback after a 7-years-long absence. In that time she was busy in her studies and some modeling assignments. 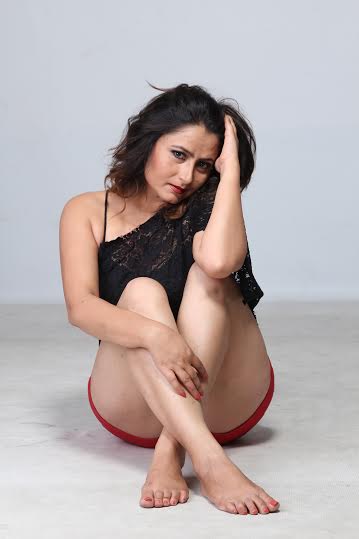 Currently busy in the workshop of the upcoming movie ‘Black and White’, the movie is expected to start the shooting soon. In the movie, Barsha is going to be featured as a lady don.

Although Barsha didn’t appear in movies in last few years, she had done some music videos. Some well known music videos of Barsha include Pramod Kharel’s ‘Papi man…’, ‘Pahilo Kiran…’ of Manaraj Nakarmi and ‘Mayama Phohor … ‘ of Junu Rijal. While working in Sabitri Khatri’s music video, ‘Aagoko Raap le …’ Sabitri was impressed by Barsha’s talent and signed in the movie she was producing.

Apart from acting in movies and music video, Barsha is also a ramp model. He has doen some modeling for London Fashion House.

Originally from Mahottari, Bardibas, Barsha wants to take modeling and acting at the same time.