Nepali actress Rekha Thapa was awarded the Best Actress Award for her role in ‘Kali’ in Box Office film Award ceremony held in Kathmandu. In addition to Best Actress award, she was also awarded the Viewer’s Choice award. 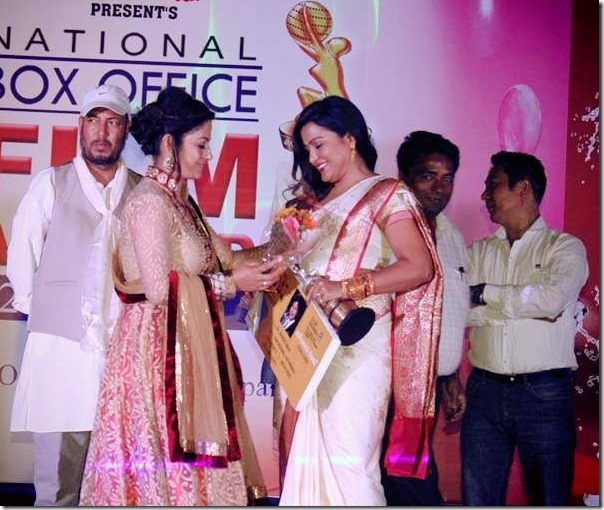 Rekha went to the award ceremony with her mother and ‘Himmatwali’ actor Sudarshan Gautam. Rekha has been promoting the affair gossip about herself and Sudarshan in an effort to promote the movie scheduled to release on Dashain this year.

Although the rumor of affair between Sudarshan and Rekha is going on, people who know Rekha personally don’t believe she longs for a person with disability. She is known to make use of a person and dump right after her purpose is fulfilled. Our source says that Sudarshan doesn’t have a future in film industry and Rekha will most likely dump him after the release of ‘Himmatwali’. 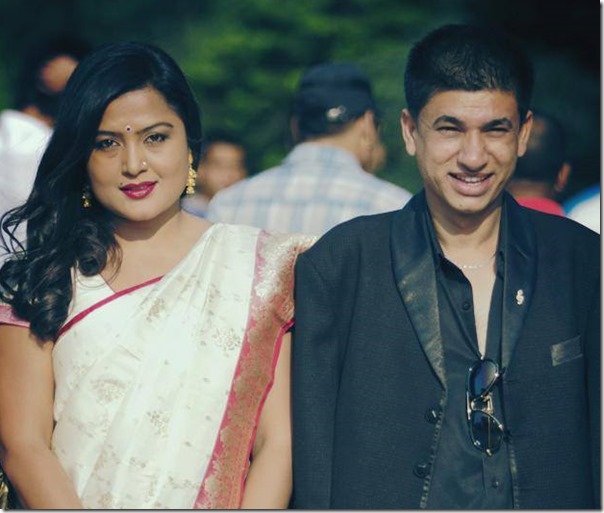