This is the third time Rekha Thapa had promised to participate programs in Malaysia and refused to go there — three years in row. The Nepali people living in Malaysia are wondering what made Rekha hate them so much that she always refuses to go there. Is it only the organizers or the country as a whole? When asked to Rekha, she has answers 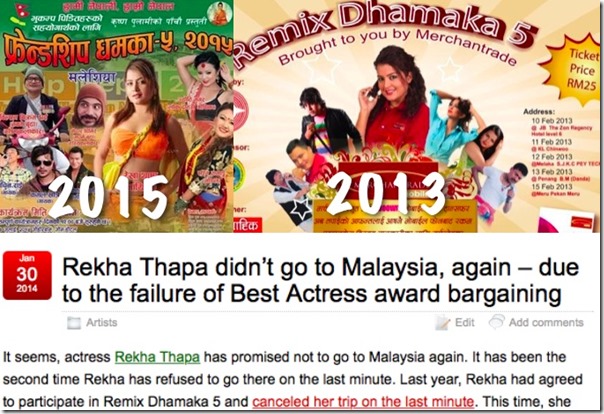 Unlike previous two betrayal’s the organizers had time to recover from this betrayal. So, they convinced actress Karishma Manandhar to participate in the program in the place of Rekha Thapa. The program titled ‘Friendship Dhamaka 5’ is well underway now with actress Neeta Dhungana, Jyoti Magar, Kiran KC, Shiva Hari Poudel and other artists. (a report in xnepali)

Like the case of 2013, Rekha is in the USA now. Three months ago, Rekha had told that she was in the USA to collect fund. In her 3-months long stay in New York, she isn’t seen in any fund collection program or with any other Nepali people in New York.

Rekha canceled her trip to Malaysia in the last minute when she knew that she wasn’t going to win the Best Actress award. Actress Richa Sharma was awarded the Best Actress Award in the NEFTA award ceremony. 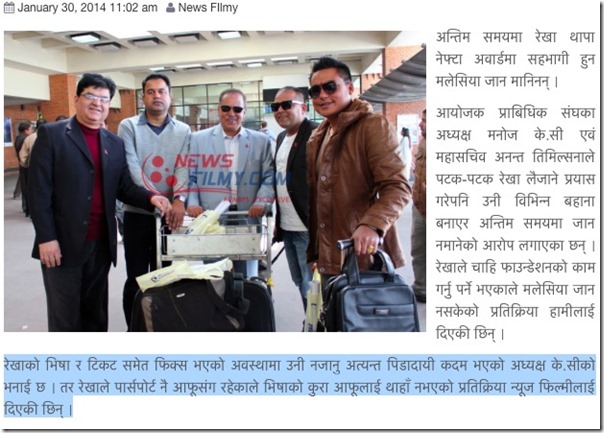 In 3013, Rekha was in the USA and she canceled the Malaysia travel in the last minute. The organizers had to issue a press release to protest Rekha’s irresponsible behavior. Full details of her response is given in the press release (attached below). 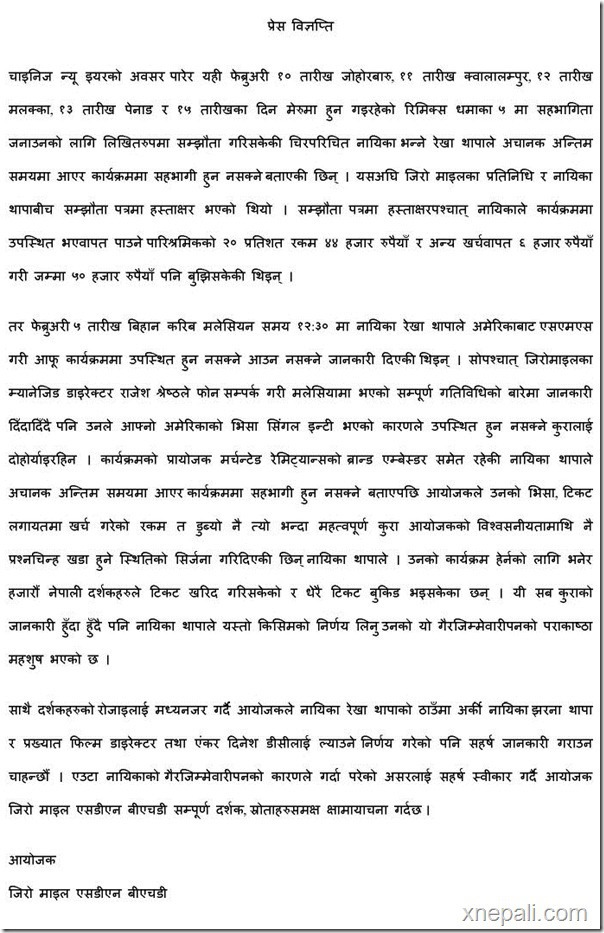 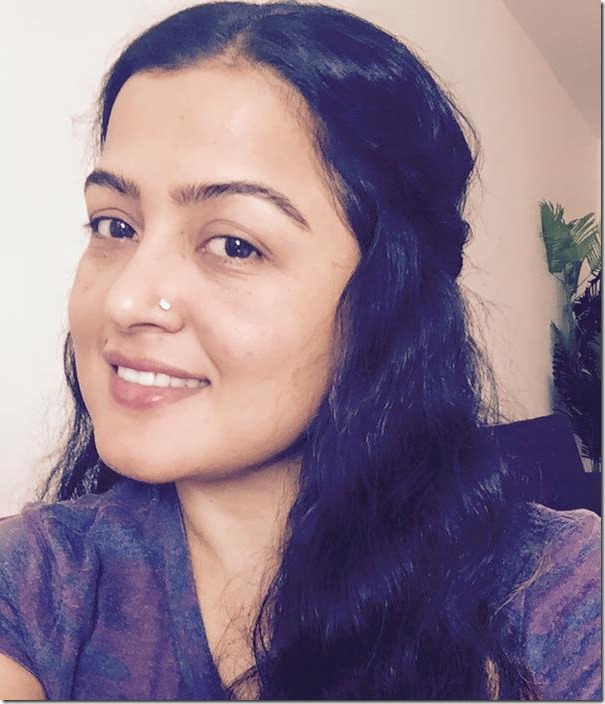