The actress debuting in an upcoming sequel of Sushma Karki’s ‘Bindaas’, Anisha Gurung is featured without cloth in a poster released recently. It is clear that the poster is a publicity stunt to position itself as a hot movie. 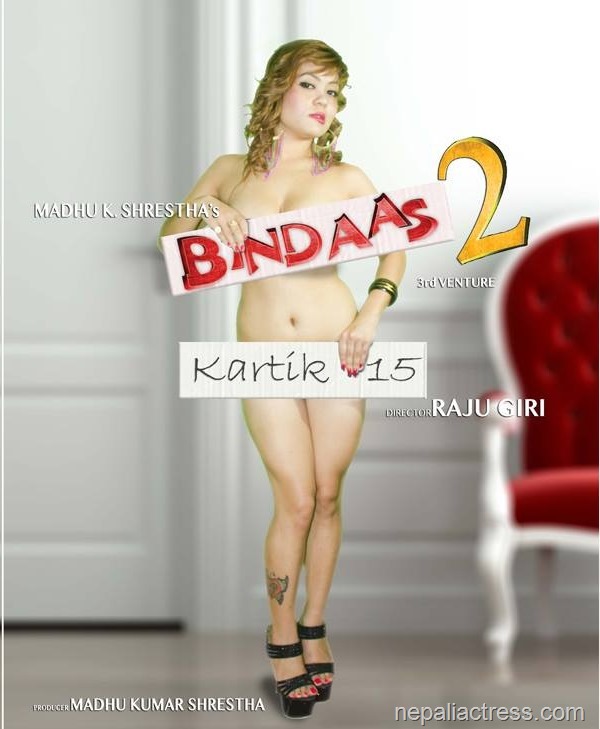 The poster concept however is not original. The poster looks exact copy of a poster of a Hindi movie ‘Masti’ featuring Indian controversial model Poonam Pandey. In the ‘Bindaas 2’ poster Anisha Gurung has tried her best to copy the Poonam pose. When comparing the two bodies, Poonam’s body looks more tuned up and professional.

‘Bindaas 2’ is being directed by Raju Giri, a controversial director known for having disputes with the actresses in his movie. The movie also features Sushma Karki and Jiwan Luitel in leading roles. 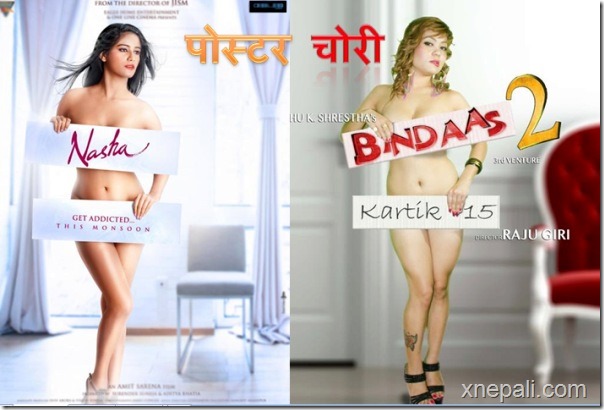