There were many Nepali actresses in the Film Artist’s team on the ‘Bhakundo Bhidanta’ with the team of ad professionals. But, it seems many of the actresses had never touched football before. Let’s analyze their bhakundo capabilities. 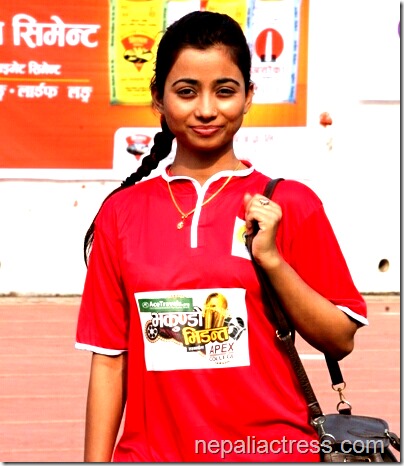 The actress Binita Baral never had interest in sports and she had never touched football. Although she doesn’t know how to play the game, she was all set to compete against the advertiser’s team for the social work of cleaning Bagmiti River.

Actress Garima Pant also doesn’t have any experience of playing football. The game on Saturday was one of the first times she had worn the football boots. She told that she had played ball in school but she had never scored a goal.

Actress Poojana Stri (Pradhan) had played a little bit of football when she was in school. But, she doesn’t have much experience with the ball recently. In the past, she had participated in the football organized by Artist’s Association in Jhapa. 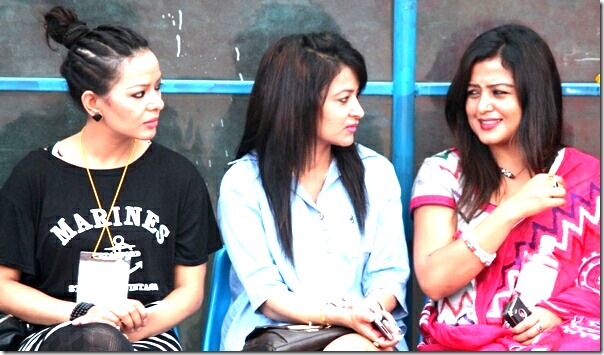 Actress Jharana Thapa doesn’t have any football experience. She hasn’t even touched the football before.

Deepa is comparatively a better player among the actresses. She had played some games of artists before and she is an entertaining player in field. 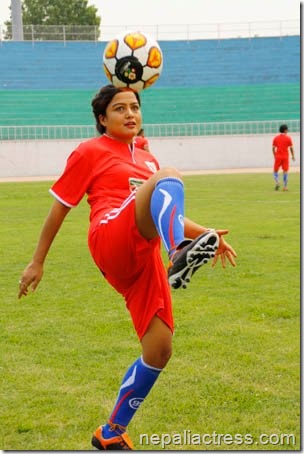 Rekha’s pose of kicking football was quite popular among her fans but, her football skill levels is not known. 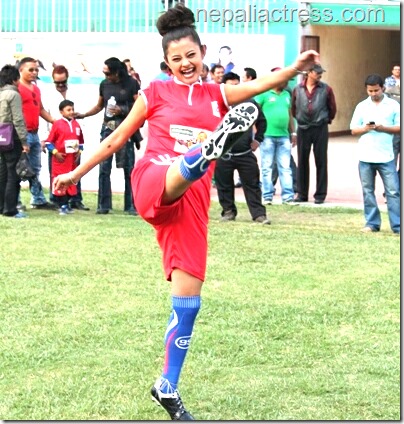 Sushma also doesn’t know much about football. In the match, she entered the playground for a short time but enjoyed the match very much. Sushma did a lot of hooting, she caricatures artists and she also sang and danced in the stadium. 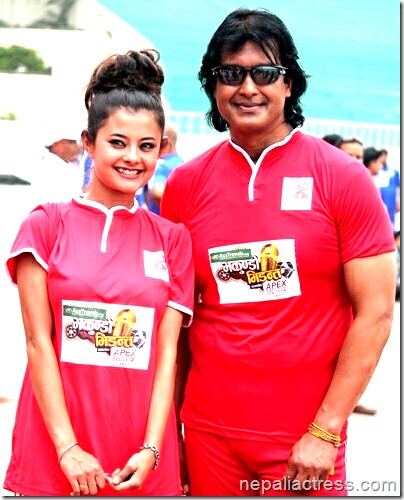 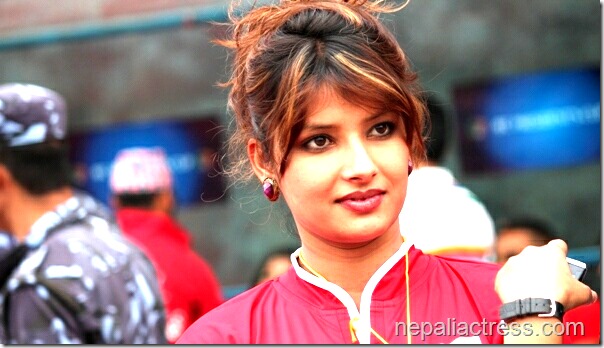