It’s no secret – Nepali actress Rekha Thapa hasn’t gone to college and it seems, she doesn’t know English much. She is currently being ridiculed in online forums like Facebook and Twitter for an interview in which she tried talking in English. 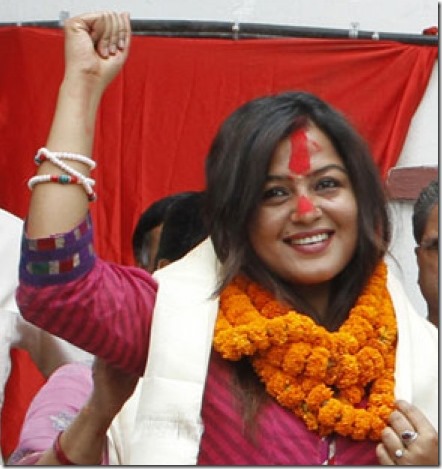 After receiving the membership of UCPN (Maoist) party Rekha had offered this interview. By the end of the short video clip (below), Rekha’s facial expression shows the realization – English not being her cup of cake.

Rekha is known of creating controversy for publicity. That might be good in movies and acting but in politics, one can’t be much sure!

Here is the video: