Miss Nepal 2011 and actress of ‘Ritu’, Malina Joshi celebrated her birthday on January 27, 2014. The surprise party was organized by her friends. 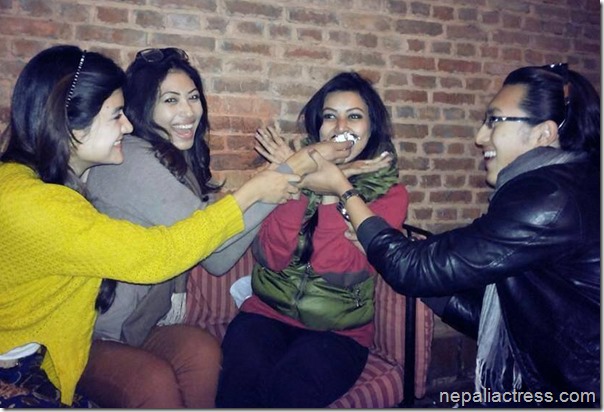 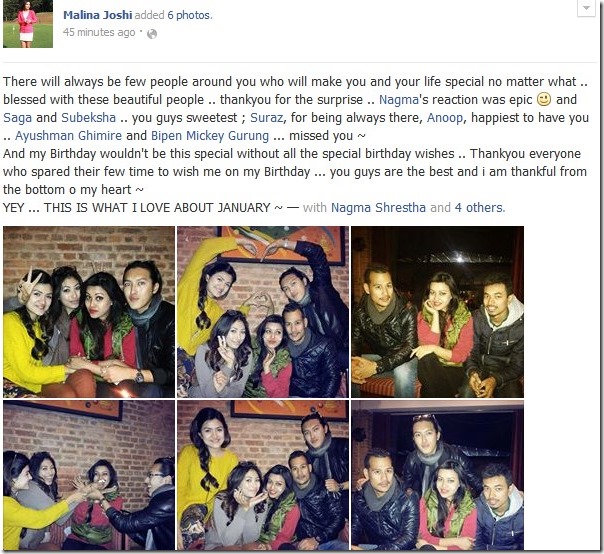 Malina’s debut movie as an actress, ‘Ritu’ is going to be released soon. Malina’s first movie however was ‘Kollywood’ in which, she was featured as an item dancer.