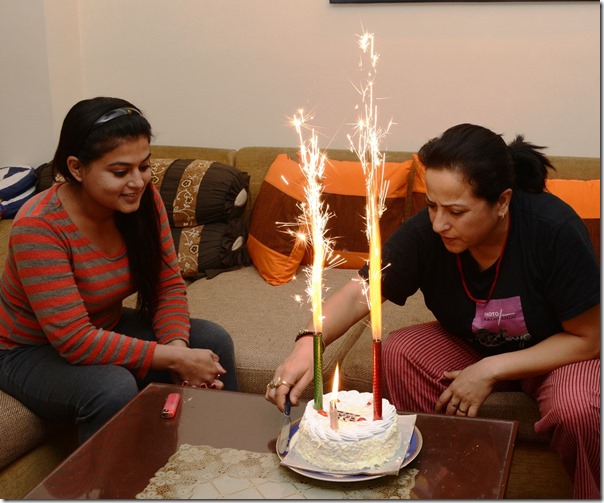 In addition to being the actress in her movie, Shilpa seem to have grown a much closer relationship with the director and her family.

Shilpa debuted in Chhabi Raj Ojha’s movies and has worked in three of his movies in a row. Samjhana’s movie ‘Falgu’ is the only movie so far Shilpa has done out of Chhabiraj Films banner. ‘Falgu’ is produced by actress Karishma Manandhar.

Nepaliactress team wish a very happy birthday to Samjhana and wish the movie will be successful in gaining a lot of viewers.

In the following photo Samjhana’s son Sabasta Upreti is offering tika to Shilpa. 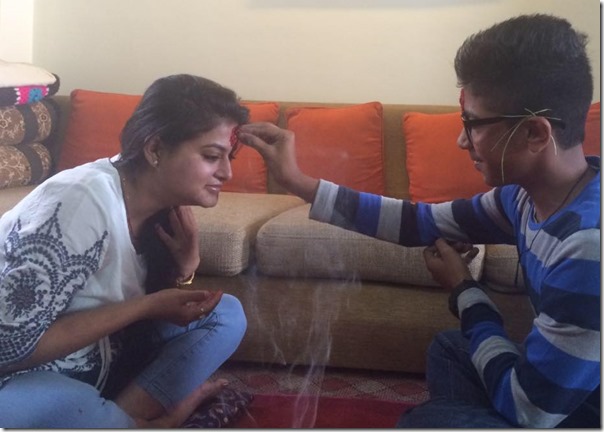