On February 1, it has bee a year since Saranga Shrestha got married to Ramesh Karki. The couple also have a 4-months old daughter. On the occasion of the marriage anniversary, Saranga’s friend, actress Pooja Chand did a celebration dinner party. 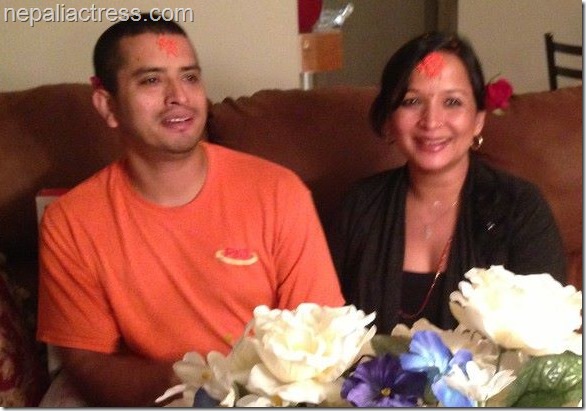 The actress got married on February 1, 2013 and gave birth to their first child on October of the same year.

Nepaliactress team would like to offer a very happy anniversary and wish the love between Saranga and Ramesh Karki remain as strong as ever. more in xnepali.