Nepali Actress Saranga Shrestha got married to Ramesh Karki (KC) in USA on February 1, 2013. This is second marriage of Saranga. Before heading to the US, Saranga was considered the Nepali actress with a lot of potential in Nepali film industry. She is a very good dancer and was known for being a ‘hot actress’. 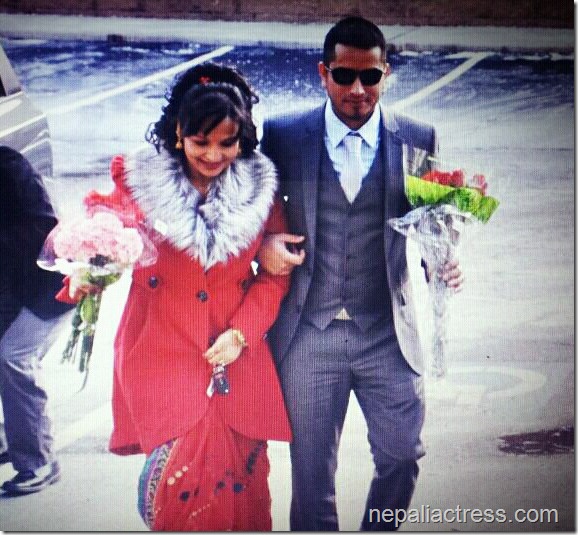 Saranga had married Ramesh Karki in a court in the USA. Some friends and families were present to congratulate the new couple and wish them a happy married life.

Saranga was engaged to 34-year-old Ramesh Karki in December and had announced her intention of marrying in February. The court marriage is considered an informal marriage and Saranga is planning to complete the marriage by organizing a formal program in Nepal. 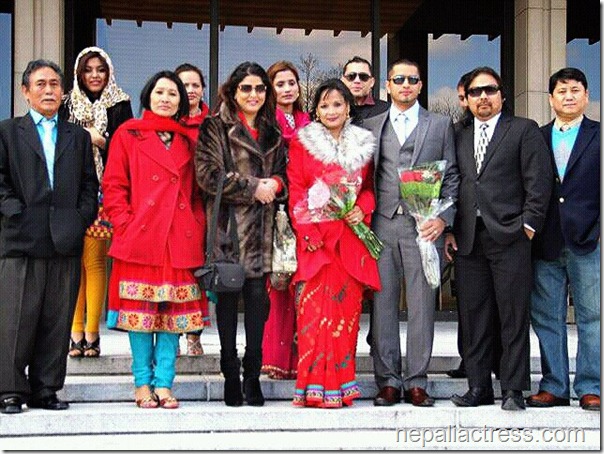 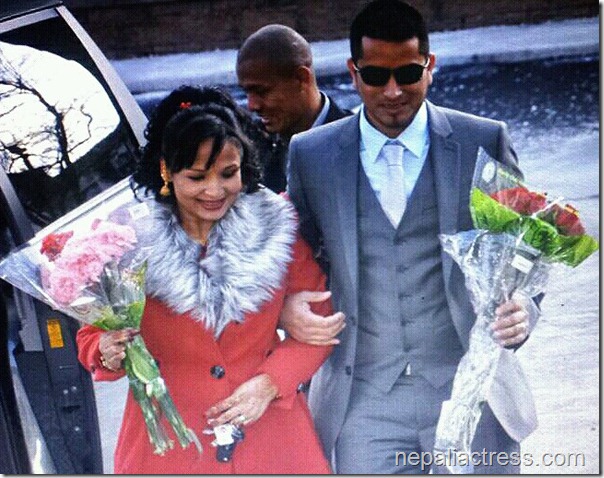 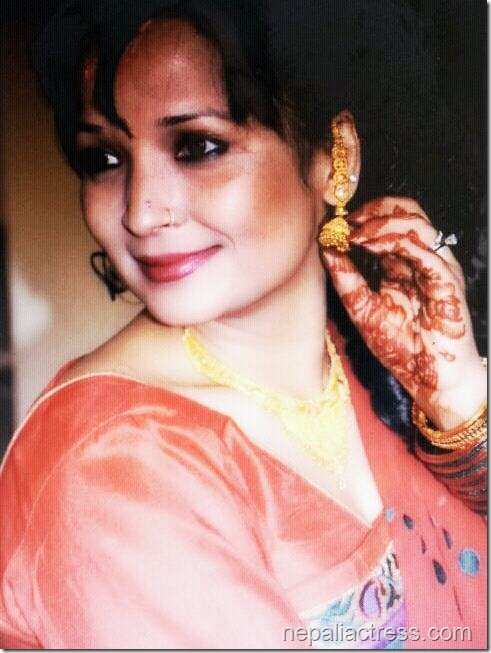 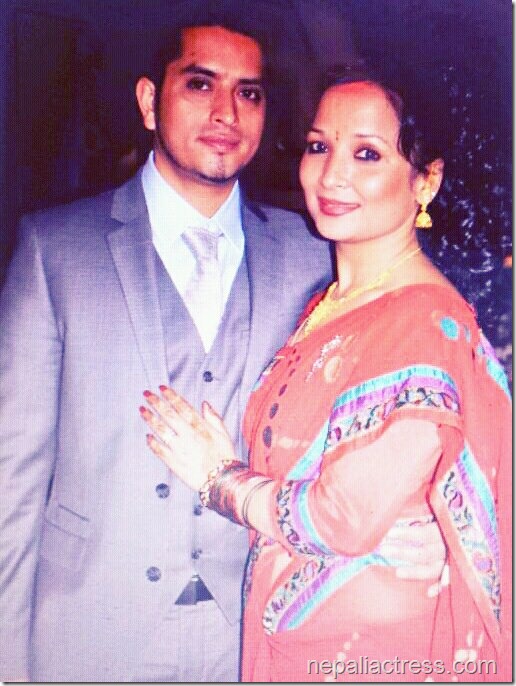 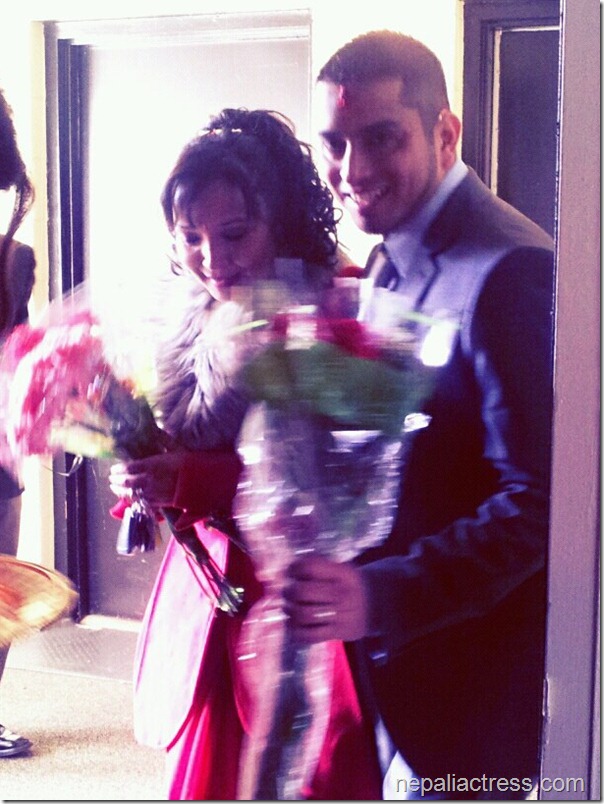 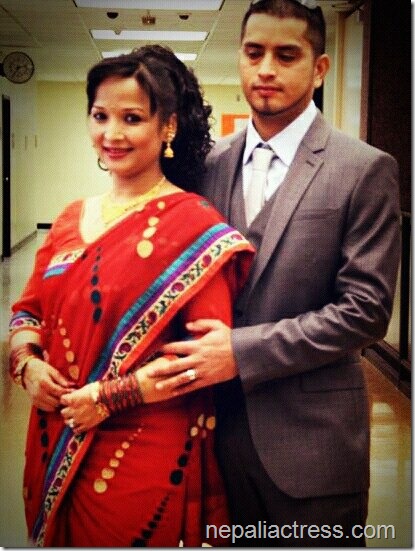 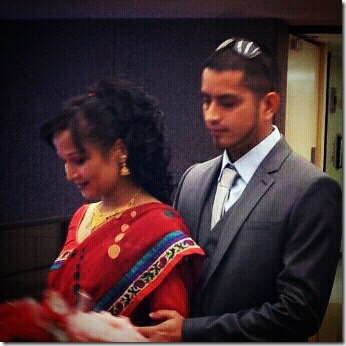 While sharing her marriage photos in Facebook Saranga wrote: 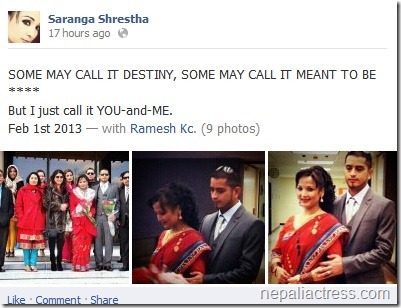 All posts of Saranga Shrestha: