Nepali actress Jenisha KC is being featured in a Bhojpuri film produced by Bollywood actress, Priyanka Chopra. The movie is made under the ‘Purple Pebble’ banner, under the ownership of the mother of Priyanka Chopra, Madhu Chopra. 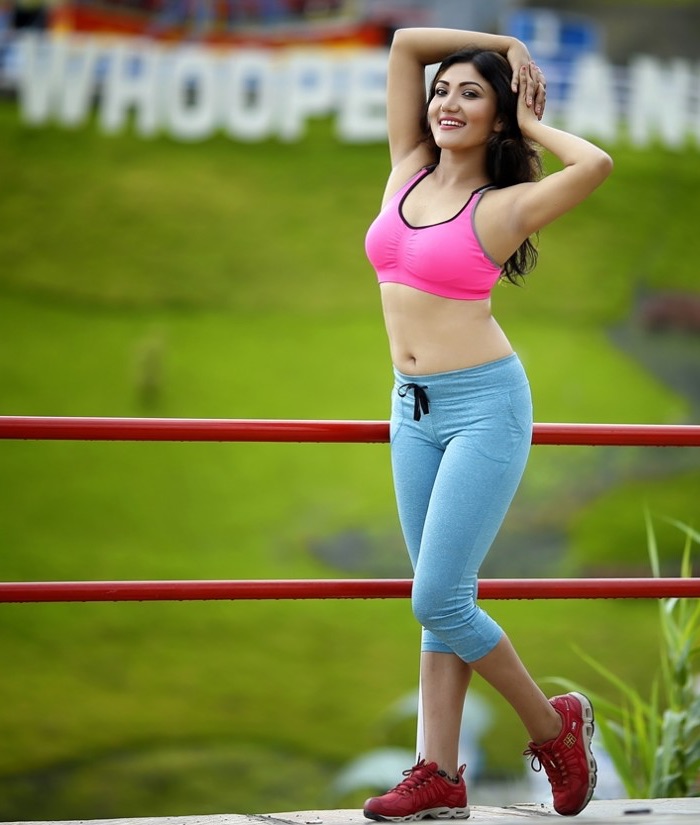 The movie titled ‘Kashi Amarnath’ started the shooting in Rachi on May 1, 2017. The movie features Rabi Kishan, a superstar in Bhojpuri movies. After the completion of the shooting in Ranchi, the film team is planning to go to Goa for the remaining shooting.

Priyanka’s mother is producing a number of regional language films. She is also producing a Nepali movie titled ‘Pahuna’ featuring Nepali artists in the Sikkim region where the mother tongue is Nepali.

Nepali actress Jenisha KC debuted in Nepali movie industry in ‘Giraftar’. After that, she had acted in a number of other movies. Jenisha made news because of her relationship with action star Biraj Bhatt than her acting skills.

It was rumoured that, when Biraj was working in Nepali movies, he used to recommend Jenisha KC in the movies he worked in. These days, Biraj is busy in the Bhojpuri movie industry.

According to reports, Jenisha is currently living in Mumbai. In an interview, Jenisha had confirmed her role in the movie. She told that she had met Priyanka and her mother and she was selected for the role in an audition.

During the shooting of ‘Adhi Bato’, Jenisha KC was also linked with the producer of the movie. Jenisha reportedly was having an affair with the producer Ramesh Twayna. In response, Jenisha told that Twayna was her her father’s friends and nothing more. To emphasis her point, she also told that she had a Russian boyfriend. (About Jenisha boyfriend) There are no reports of Jenisha being seen with her so-called Russian boyfriend.

Last year, in 2016, Jenisha told that she broke up from a two-years-long relationship. (Read more here)