The leader, Baburam Bhattarai had left CPN Unified Maoist party in September to start a new party. Although he had left alone from the party, he slowly attracted a number of influential members in the party. Those from his previous party are however a minority In the newly formed interim committee. Majority of the members are former public officers and well known personalities in the society. From the film industry there are three members – Kaarishma, Ashok Sharma (actor and producer) and Saroj Khanal (actor). 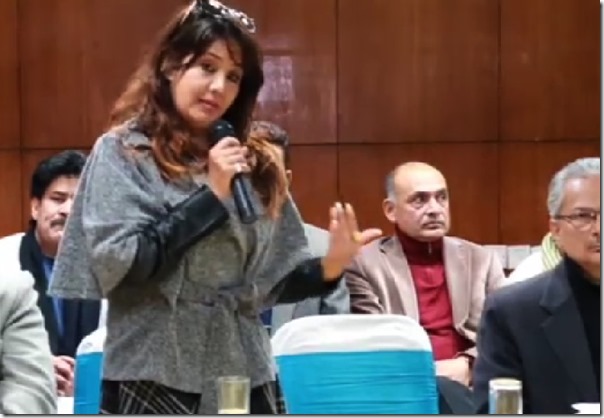 The participation of Karishma and other film artists in a political party had been ridiculed by many in social media. Anand Nepal has created a fake-trailer of a movie named ‘Naya Shakti’. Watch the funny trailer:

The video report at the time Baburam left his previous party in September: