The nomination of the 6th Music Khabar Music Award 2074 is announced. The nomination list is prepared based on the songs released last year. There are 34 different categories but, I am more interested in the actresses nominated in the award.

Apart from these models, there are five nomination in each of remaining 32 categories.

The nominated music video to compare which one is likely to win:

Please comment which one might win the title? Keki Adhikari is a well known actress. Her latest release ‘Ghampani’ was successful in theatre. Barsha Siwakoti has also acted in a number of hit movies including ‘Pashupati Prasad’. Khusbu Khadka has also acted in some movies.

The actress Rakshya Shrestha is well known for her role in popular comedy serial, ‘Bhadragol’. Supriya Katwal hasn’t acted in a movie yet but, she is also likely to enter the film industry soon. So, all of the nomination are actresses or actress in making. Please watch the video and make a guess.

The music award ceremony is scheduled to be held on Ashad 29 at Rastriya Naachghar, Jamal. There are 34 different categories. Various categories of the songs included in the award include patriotic, pop songs, lok dohori, film song and modern songs. People involved in Nepali music industry like journalists, child artists, diaspora, lifetime achievement and the decade-honors will also be presented during the ceremony. 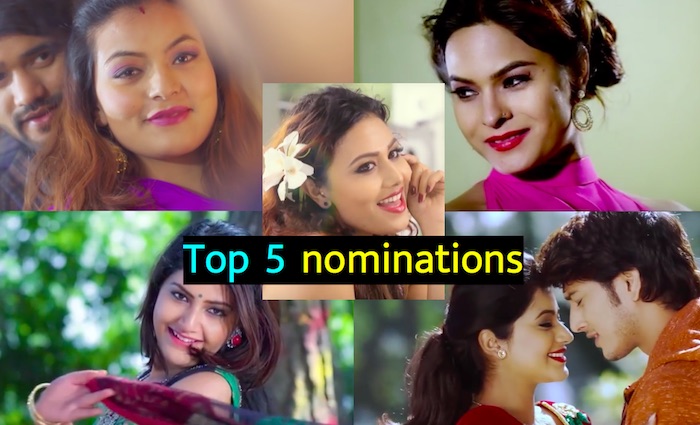