In an interview earlier, actress Shilpa Pokharel had claimed that she will soon reach the level of Rekha Thapa in Nepali film industry. In one of the songs of ‘Lazza’ Shilpa is going to be presented in looks similar to that of Rekha in ‘Kali‘s song Slowly Slowly …. Compare the looks of the two actress: 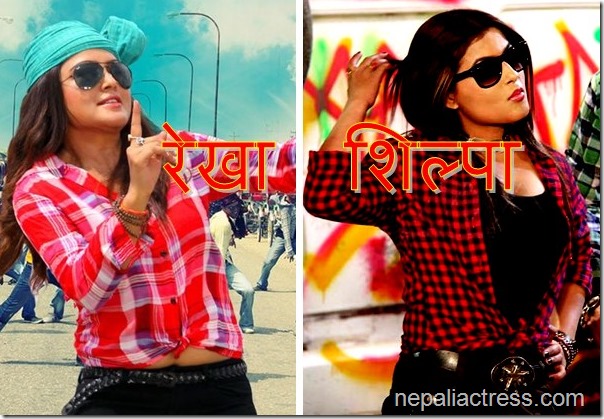 Actress Shilpa Pokharel is the second actress producer Chhabi Raj Ojha has signed to do his movie after ending his 10-years-long marriage. Before the divorce, Rekha Thapa was the only actress he used to work with. In the last release Chhabi had Rajani KC as the lead actress and the upcoming movie Shilpa is leading ‘Lazza’.

We wish Shilpa all the best in becoming the actress as good as Rekha Thapa but, she would better off by copy the skills and tactics than copying Rekha’s style.