Mithila Sharma married Motilal Bohora on July 5. Apart from Mithila being 50+ years old who had vowed to remain unmarried in the past, the groom is an ex-IGP, the highest ranked police officer. Given the fact that Mithila is one of the best actresses in Nepali film industry and Motilal a well known and well established personality, they could have made the marriage a grand ceremony. But, they choose to make it simple and short. 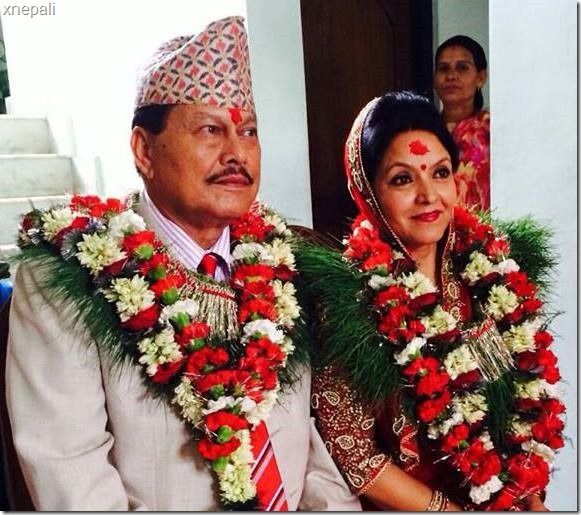 It was not only the hype and the guests they choose to avoid, they were also wearing simple dress and ornaments. In a typical Nepali marriage, jewelries are the most costly part and there is an unhealthy competition in Nepali societies on who can wear the most.

In her marriage, actress Mithila Sharma has set an example of wearing a minimum jewelry and decoration during her marriage. The only jewelry Mithila wore was a tilahari, a jewelry traditionally worn by most of the Nepali married women.

In addition to congratulating the newly married couple and wishing them a very happy married life, we would also like to thank them for making it simple and impressive.