Actress Mithila Sharma has decided to get married to ex-Inspector General of Police (IGP) Motilal Bohara. There was rumor of the affair between the two for some time. 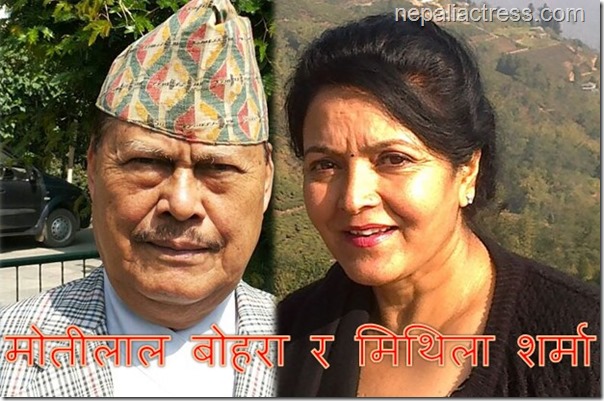 In a report, 74 years old Motilal Bohara’s wife had died a year ago and his family also has approved the marriage. In fact, Motilal’s family had brought the proposal to Mithila.

According to a report published in ‘Nepal’ weekly, Mithila has told that she will get married this year. Mithila and Motilal know each other since he joined police force in BS 2024.

Mithila is considered one of the best actress and a dancer in Nepali film industry. Aged 50 plus, Mithila hadn’t married so far.

One thought on “Mithila Sharma to marry ex-IGP Motilal Bohara”