Apart from the actress mentioned above, the details of the other award winners are available in xnepali. 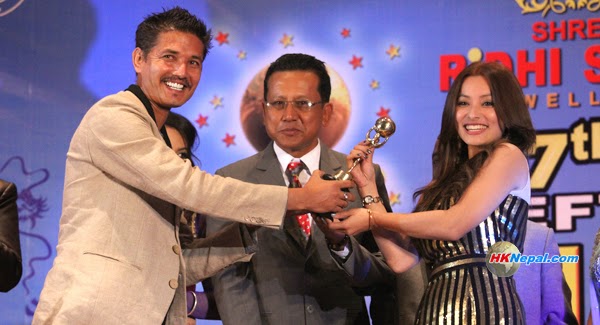 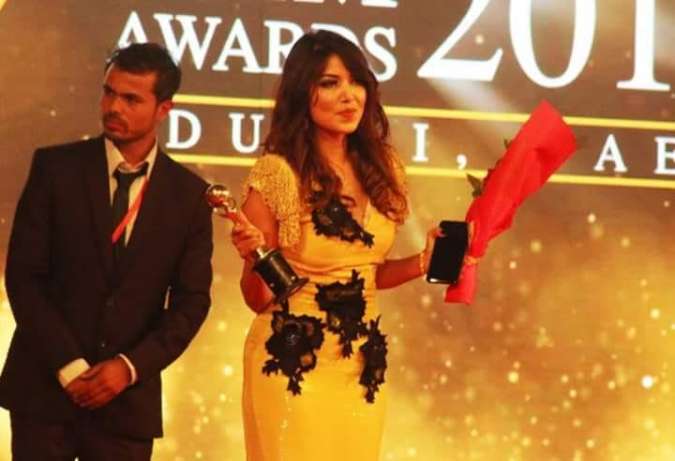 I am preparing a video of the dance of Pooja Sharma during the event. (I will update this post with the video later).

Samragyee had dressed up in an attractive and sexy outfit. In the following photo, Samragyee is seen with actor Anoop Bikram Shahi: 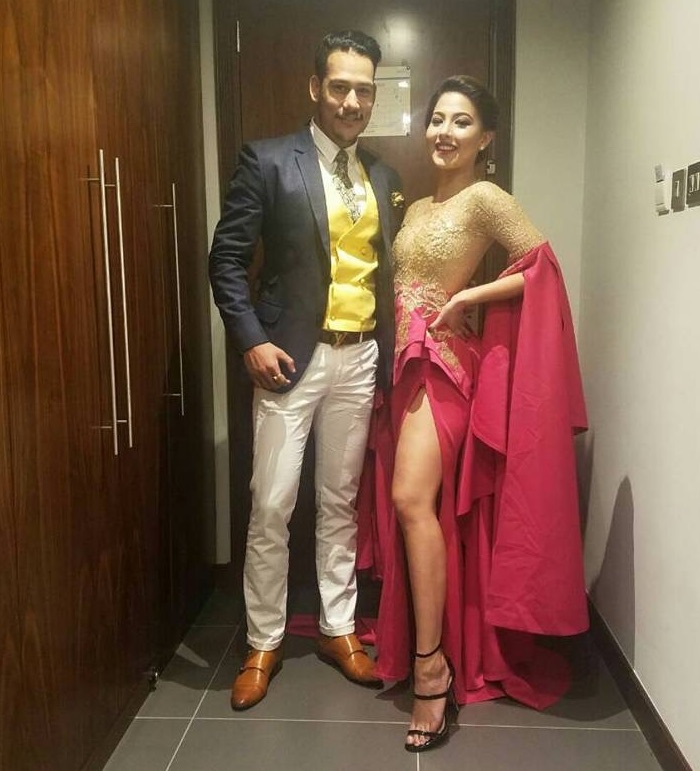